That awful queazy feeling you experience during a rough boat ride can turn nasty if left untreated. In fact, at that stage, you might have already ventured into vomit territory – yikes! In this guide we will show you some tried and tested methods to avoid or deal with the nightmare that is motion sickness.

1. What is Motion Sickness?

Motion sickness is a condition that occurs in some people when they travel by car, train, or airplane but most commonly by boat. It’s that queasy feeling in your stomach when the world around you just won’t stop swaying, bobbing, or just plain moving and is often referred to as travel sickness, seasickness, carsickness, or airsickness.

It can strike suddenly, progressing from a feeling of uneasiness to a cold sweat, dizziness, and then vomiting. Thankfully the feeling usually subsides as soon as the motion stops.

Carsickness (also applicable to other forms of land-based travel including buses and trains) is quite common and often evidenced by the inability to read a map or book during travel. Carsickness results from the sensory conflict arising in the brain from differing sensory inputs. The eyes mostly see the interior of the car which is motionless while the vestibular system of the inner ear senses motion as the vehicle goes around corners or over hills and even small bumps. Therefore the effect is worse when looking down but may be lessened by looking outside of the vehicle.

Airsickness is a sensation that is induced by air travel. It is typically brought on when the airplane banks (tilts sharply) and also due to the small window sizes making it difficult to perceive motion. Another factor is that while in flight, the view out of the windows may be blocked by clouds, preventing a passenger from seeing the moving ground or moving lower clouds.

Seasickness is typically brought on by the rocking motion of the craft or movement while immersed in water. As with airsickness, it can be difficult to visually detect motion even if one looks outside of the boat as water does not offer fixed points with which to visually judge motion. Poor visibility conditions, such as fog, may worsen sea sickness.

No matter the cause, motion sickness can be crippling to those affected by it. That is why we have compiled this guide to help you prevent, treat and recover should the occasion arise.

Normally, the eyes, inner ears (semicircular canals which contain fluid that sloshes around in reaction to movement), skin, and muscles send sensory information to the brain that allows it to determine the body’s position in space and to track movement. Motion sickness is believed to occur when this balancing system gets overwhelmed by contradictory messages sent from the eyes and inner ears.

Almost all of us experience some form of motion sickness in our lives although in varying degrees of severity. According to medical professionals, pregnant women, children and those with a family history are more susceptible to motion sickness. Other risk factors include the person’s fear or anxiety about traveling, the mode of travel, poor ventilation in the traveling vehicle, and the inability to see out of a window to aid orientation.

The signs and symptoms of motion sickness usually begin with a feeling of uneasiness followed by cold sweats and dizziness. Often people exhibit pale skin (commonly referred to as someone “turning green”) and increased saliva production along with headache, fatigue, and in some cases hyperventilation. Nausea and vomiting usually occur after these initial symptoms.

5. Tips for Coping with Motion Sickness

Preventing motion sickness is easier than treating it once it has begun. In most cases, motion sickness can be prevented by following some of the simple rules that we have outlined below. Most medications are designed to prevent motion sickness rather than to cure it but it is important to remember to allow sufficient time for the drug to kick in or the effects might beat you to it.

Don’t eat a big meal before traveling, especially one high in fat

Instead, try to have regular, light meals for 24 hours prior. Avoid spicy and greasy foods and alcohol, your stomach will thank you later. The simpler the better, eat some plain crackers or a piece of bread or toast.

Sit toward the front of the plane

Preferably a window seat over the front edge of a wing as there is generally less turbulence and this will give a reference point for your brain to perceive motion better.

Choose a seat that faces in the direction you are traveling

Sit in the front seat of the car. This allows you to look out the front window and rest your head against the seatback. That way the forward motion your body feels will match what your eyes see.

While moving, focus on the horizon or on a distant, stationary object

While you may be tempted to go below if you start to feel sick on a boat it is best to stay above deck so your eyes can confirm the movement that your body is feeling.

You are less likely to feel the effects when you are in control of the motion.

Keep your eyes up

Avoid reading and playing games on your phone while traveling as this will exacerbate the motion sickness.

Get some fresh air

Where possible, turn the air vents toward your face or open a window. The fresh breeze not only gives the sensation of movement but also provides a soothing effect.

Don’t smoke or sit near smokers.

Keep as calm as possible

Stay away from others who are sick

The power of suggestion is incredibly strong, especially if you can hear or smell vomit.

These can help to calm your stomach and you get the added benefit of fresh breath.

Some people swear by eating green apples or drinking apple juice before and during their travels.

Studies have found that ginger can alleviate nausea associated with motion sickness. It can be taken in various forms, including powder, tea, pills, and candy.

Suck on an ice cube

In hotter climates try sucking on some ice cubes. The cold on your tongue diverts your mind and the water helps you stay hydrated.

There are companies that market bracelets and bands which claim that they can prevent motion sickness using acupressure technology against certain pressure points so that the transmission of nausea is blocked before it can be registered by the brain. These wrist bands apply the principle of Acupressure, which works much the same as acupuncture.

These products generally have a plastic bead that presses against the Nei-Kuan pressure point located on the palm side of the wrist. Efficacious in curbing nausea and vomiting without any side effects, it comes in both adult and children’s sizes and can even be used by pregnant women.

Popular brands include: Sea-Bands and Biobands which are available without a prescription at major drug stores.

If you happen to forget your band don’t stress….. you can achieve similar results by firmly pressing on the base of your wrist (though this is much more difficult to maintain over a period of time).

Over-the-counter medications, and occasionally prescription medications, are used to relieve and in some cases prevent motion sickness. Always check the label for warnings and possible side effects, such as drowsiness or blurred vision, and take necessary precautions, such as not driving a car.

Some of the more common medications that can be used for motion sickness include:

The transdermal patch (Transderm-Scop) is a preventative prescription remedy containing the drug scopolamine. Worn behind the ear, it works by interfering with the communication between nerves and the part of the brain that controls vomiting. It can last up to four days by releasing a steady dose of medication making it ideal for journeys over 24hrs. Be sure to apply the patch at least four hours prior to travel.

Dimenhydrinate is an over-the-counter drug used to prevent nausea and motion sickness. It is most commonly prepared as tablets, although it is also available in liquid form, chewable lozenges, and suppositories. The most widely known brand is Dramamine.

Meclizine is effective in inhibiting the symptoms of motion sickness, such as nausea, vomiting, and dizziness. Meclizine may be effective in relieving vertigo experienced as a result of inner ear infections or other conditions. It is sold under the brands – Antivert, Bonine, Meni-D and Antrizine.

Promethazine is a neuroleptic medication and first-generation antihistamine of the phenothiazine family. The drug has strong sedative and weak antipsychotic effects. It also reduces motion sickness and has antiemetic and anticholinergic properties. It is available in many countries under the brand names Phenergan, Promethegan, Romergan, Fargan, Farganesse, Prothiazine, Avomine, Atosil, Receptozine, Lergigan, and Sominex.

Cyclizine is an antihistamine drug used to treat nausea, vomiting and dizziness associated with motion sickness and vertigo. It is commonly available over-the-counter under the name Marezine.

How to Beat Jet Lag 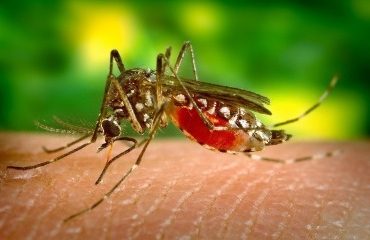 How Not to Get Malaria