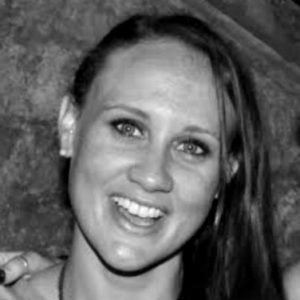 I made the rapid, and some may say rash, decision to leave behind my family, friends, career, and everything I safely knew in Queensland, Australia closing in on a year ago. Less than a month from “right, I’m doing this” and a long haul flight later, I found myself in Corfu, Greece working at one of the world’s craziest party hostels, The Pink Palace. My neck has never craned to look back. Instead, it’s now always sure to look up in every new city. Who knows what you might see?

Since then it’s been lessons learned, fears conquered, and both vivid and hazy memories made. I fall into the category of solo female traveler. I have supplemented my adventures working with hostels and travel companies using my handy dandy social media skills from back home. Hello, my name is Hollie, and I’m a Facebook addict. I studied at the University of the Sunshine Coast, giving me the fodder to embellish stories to fellow travelers that I studied in the grass next to kangaroos and surfed during my breaks.

I’m a strong believer in following that fluttery feeling in your guts and every opportunity that comes your nomadic way. I started writing a blog Hollie Holiday for purely selfish reasons, namely to support my goldfish memory. But it’s also a nifty tool for those looking to take the work exchange route.

I’m currently working for Stoke Travel and here to bless the traveling world with unlimited beer and sangria.