Travel Scams & Shams from Around the World

Having someone take advantage of your trusting nature or play on your naivety as a backpacker can be devastating. Not only will you feel like a bit of a fool for being tricked, but some cons have the potential to derail your entire trip. Of course, there’s only a very small chance you’ll become the target of an opportunistic swindler. But it still pays to know what to look for to avoid being cheated.

So if you want some peace of mind while you’re exploring the big wide world, check out our article below on some of the most common scams and shams and how you can avoid them.

2. What to look out for
3. How to avoid being conned

1. The 8 most common scams and shams

A sweet-looking older lady or man approaches you and gestures that they’d like to give you something. They then produce a sprig of rosemary or a friendship bracelet and thrust it into your hands. Once you take it, they become aggressive and ask you to pay for it. Making a big deal and causing a scene if you refuse.

They might even use the commotion as a distraction while an accomplice picks your pockets. Leaving you without a wallet, phone, or passport. But hey, at least you now have a lovely sprig of rosemary.

The dodgy money changer is a classic that comes in two forms. One is the money changer who counts so painstakingly slow that you wonder if they’re about to fall asleep. By doing so they hope that you’ll simply swipe the cash and take whatever they’ve counted to that point.

The other, however, is a little craftier. They’ll try to rip you off by giving you less than what the rate is for that day or what they initially agreed to give you. Which makes counting your money once it’s been handed back to you very, very important.

Train and bus station parking lots or even taxi ranks at airports are hunting grounds for taxi drivers looking to pull the ‘broken meter’ con. But in reality, it can happen anywhere and usually involves the taxi driver indicating the meter has suddenly stopped working. After you’re already in the car that is.

They’ll then try to charge you an exorbitant fee at your destination. Perhaps even locking the doors if you refuse. Always agree upon a price before you get in and take a photo of the driver’s credentials (if visible) if you suspect something’s off. Don’t be afraid to ask about flat rates.

Bird poo or spills on your clothing

If you feel a drop on your shoulder or someone spills something on any other part of your clothing and offers to wipe it off, give them a firm no and continue walking. These supposedly friendly strangers will only be trying to get close enough that they can swipe your wallet, phone, or passport. Besides… a little bird poo on oneself is good luck anyway, right?

A phony-looking police officer might pick you out of a crowd on a dimly lit night, only to ask if they can see your wallet or your passport right away, before even stating what you’ve been stopped for. While they go through your wallet, they’ll probably pocket some cash on the sly.

If they have your passport though, you can expect to pay a hefty sum to have it back. Don’t be afraid to ask for their credentials and remember to keep cool if you’re stopped by police. A single police officer should also set off alarm bells considering it's common practice to patrol in twos.

You’ve just come off a long flight with what felt like an army of screaming babies. Jetlag is beginning to kick in and you feel that even a goldfish could outsmart you. As you zombie-walk out of the airport, a very well-dressed man with what looks like an airport staff badge grabs your bags and takes them to your Uber.

Before putting them in though, he turns around and demands cash and says he’ll take your bag if you don’t pay him. Moral of the story here? Don’t let anyone take your bags at an airport. And make a note to buy some earplugs for your next flight.

Don’t be fooled by what seems to be a caring citizen asking you to sign their charity petition. They’re more than likely trying to get a cash donation for their non-existent cause, or have you record your credit card details so they can make a withdrawal on your behalf.

There’s a chance they’ll also try to pickpocket you. Worse yet, when you try to tell them you’re not interested, they’ll pretend their deaf. Let us give you a little advice here… they can hear you just fine. But if that’s not enough of a warning sign something is afoot, the fact the petition is conveniently written in English should tip you off.

Men are the equivalent of low-hanging fruit when it comes to this scam, but women are also susceptible. It begins when you’re out at a bar and having a good time. Then low and behold a beautiful man or woman approaches you and starts saying all the right things. They’ll suggest you go to a better bar and let you pay for all of the drinks. With a tab of course because you’re having too much fun to care.

At the end of the night, the only thing you get out of the encounter is an exorbitant bill that’s ten times higher than what it should be. A bill that often arrives at about the same time you notice the bouncers blocking all the exits.

Some scams are easy to pick up on while others can be a little more difficult to spot. The trick here is to keep an eye out for any indicators that you might be a potential mark. This includes the old classic of trusting your gut, but it should also encompass staying vigilant whenever you encounter the following:

Obviously, not all people who speak English as a second language well are dodgy. No, the perfect English speakers we’re talking about here are the diamond English speakers in the rough, so to speak.

Often found in places where fluent English speakers are next to non-existent, they’ll be a little too willing to chat with you and seem a little too slick. They may even sound like they’re reading from a script or offer to act as your guide. Proceed with caution.

Everyone needs a helping hand once in a while. But the good Samaritan that appears at the right place and the right time should raise your suspicion. For example; say you’re trying to use an ATM, but it won’t work. Then suddenly out of nowhere someone walks up and offers to take you to one that does.

Is this person just going out of their way to be friendly or does the other ATM have a card skimming device fixed to it? These are the questions you need to ask yourself in order to prepare an exit strategy.

The old saying, “if it sounds too good to be true, it probably is”, is especially relevant to backpackers. The all-you-can-eat sushi buffet with freshly caught fish for only $10.00? Most likely a scam. Or what about the tour to a historical site that’s less than half the price of what other tour providers offer? Also probably a scam.

Just remember that when it comes to these deceptions, crooks rely on your innocence. So the only way to avoid them then is to treat these too good to be true offers with a high degree of skepticism.

3. How to avoid being conned

Sometimes it only takes a bit of common sense to avoid being conned. But when you’re all alone in a foreign country and you don’t speak the language, it’s can be easy to neglect your instincts. So in addition to keeping your eyes peeled for the aforementioned indicators, you can also employ the following three techniques to help you stay clear of any scams:

The truth is though that doing a little research about a particular event or tour company could be the difference between an awesome adventure and one that leaves you feeling totally cheated. Restaurants that have been named and shamed online should be avoided at all costs, given that there’s nearly nothing worse than overpaying for an underwhelming meal.

Counting the cash you carry with you after every transaction is helpful in the sense that it gives you a play-by-play of just how much you're spending. Great for backpackers on a budget no doubt.

Another reason why counting the cash in your wallet is a good idea though is that you’ll soon get to know this foreign currency like the back of your hand. Something that’ll prove to be important when a taxi driver tries to give you back the right change but using coins of lesser value from another country.

If your Spidey senses are tingling, then there’s a fair chance that it’s your subconscious mind trying to tell you something is wrong. In these circumstances, you should remain vigilant and if necessary, have a way out.

Being led to a place that supposedly sells the nicest opals in the whole city but is for some reason located down a sketchy alleyway on a deserted street is trouble waiting to happen. If you’re on guard though you’ll be ready to bail when the time comes. 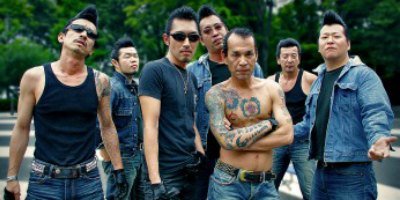 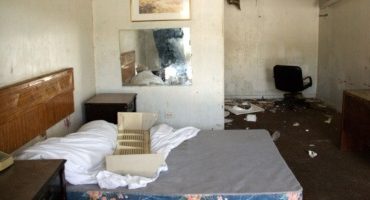 What to do When Your Accommodation Sucks? 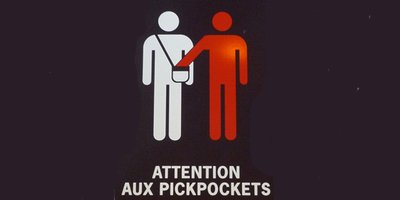 Travel Scams & Shams from Around the World