Recently we were lucky enough to interview fellow blogger Josh Summers whose site Far West China takes an in-depth look at the Xinjiang region of China. Josh spent almost four years living and working in the region and was nice enough to give us an insight into his time there.

Our Interview with Josh Summers

BT: What made you decide to go to China? And out of all the places in China, why Xinjiang?

Josh: Who doesn’t want to go to China? Ok, so maybe I didn’t want to go at first, but now that I’ve been there I can’t imagine any other place I’d like to live. It’s just so different; so captivating; and it’s continually growing.

Xinjiang was an accident, but it was a good one. A friend told us he had contacts in Xinjiang that needed two teachers, so my wife and I answered the call. Again, not a place I ever would have purposefully picked, but I would never want to live anywhere else in China. Absolutely gorgeous.

Visit Turpan during the grape season. See the call to worship during Ramadan in Kashgar. Smell all the animals at the livestock market in Hotan. These experiences are worth more than any souvenir.

BT: In the roughly four years you and your wife lived in Xinjiang, what was your fondest memory?

Josh: My fondest memory was traveling to a remote village on the Xinjiang/Kazakhstan border to attend a wedding. We were some of the first foreigners to ever step foot in this village and the police didn’t quite know what to do with us! There were no hotels so they had to let us stay at our host’s house. We had to sleep in separate rooms which were heated by old coal furnaces.

We were walked around the entire village to meet almost every person, all of whom seemed to be related in some way. It was a special time, especially since we got to attend our friends’ wedding.

BT: Xinjiang is attracting more development with the rich oil resources found in the area, and is also home to the greatest population of Uyghur people. In your opinion, what challenges does the area face, and how can the area attract more tourists?

Josh: The challenges are obvious: social tension is the single greatest reason for concern in Xinjiang. A lot of the distrust between the Uyghur and Han people is misplaced if you ask me, but it’s hard to convince people of that. It’s also hard to convince tourist that they are perfectly safe coming to Xinjiang. Nobody foreigner has been hurt, even during the riots.

I think the best way attract these tourist – both Chinese and foreign – is to hear the stories of those who have lived and traveled there. That’s one of the main reasons I write about Xinjiang and encourage others who travel there to publish reports of their journey.

BT: What’s the most popular post on your site? Why do you think that is?

Josh: The most popular post so far has been about the demolition of Kashgar’s Old City. I believe it offers readers one of the few balanced views of a situation that usually attracts very polarizing opinions. It’s an interesting story that still continues today.

Equally popular was last year’s post on the internet in Xinjiang after the 2009 riots. It was amazing to me just how little people knew about the situation outside of the province. This article was one of the few pieces of information that managed to get beyond the internet block and quite a few blogs around the world picked up on it.

BT: You’ve taken a lot of cool ‘photos of the week’ from your time in China, what are your favorite five photos, and why do you like them so much?

Josh: There are so many pictures it’s hard to pick! I know for sure my favorite – City in a Desert – which was taken about 1 mile from my apartment in Xinjiang. This was a favorite picnic spot for my wife and I and it will always be a good memory.

As for four others I’ll just have to pick out of a hat: I like the Sexy Men photo for its humor, the picture of Kanas Lake for its beauty, the pictures of Hong Shan Park for its history, and the picture of the Urumqi skyline for accomplishing the impossible task of making the capital look appealing.

BT: What’s the funniest “cultural misunderstanding” you had when you lived and taught in China?

Josh: There are far too many of these “cultural misunderstandings” as you call it. I prefer to think of them as “embarrassing moments I’d like to forget”, but whatever!

The most memorable moment was on the aforementioned trip to the small village. One of the “uncles” of our friend – who was severely drunk – decided to make it his mission in life to get me to drink baijiu, a terrible alcoholic drink known by some as “jet fuel”. His drunken state and my inexperience made for an hour-long battle of wills. I didn’t quite understand the implications of refusing to drink with him and nobody explained to me the best way to say “no” to Chinese people. It all ended with me faking a drink and running gracefully exiting. Fortunately he was too drunk to remember a thing the next morning.

BT: Lastly, is it true that eating rabbit meat with celery will make you bald?

Josh: Well that depends, is it fresh rabbit meat?

All kidding aside, the health notice you’re referring to was taken very seriously by my Chinese colleagues. I thought it was funny. I mean really, who thinks to eat rabbit meat and celery together? 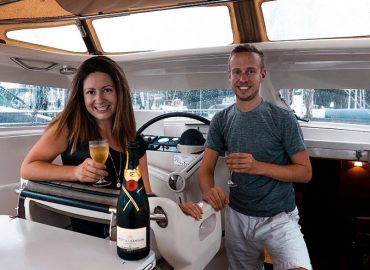