How 10 Years of World Travel Changed my View of Humanity

In the almost ten years since I left my childhood home in San Diego at 18 to explore our planet, the meaning of travel has changed for me. It is not about being extreme or unconventional like it was in the beginning. It is about exploring myself through the catalyst of new experiences. Through challenging my prior assumptions, travel became more than a break from monotony. It became the only source of constant acceleration to my personal growth. The chaotic path of those early years freed me from the confines of comfort. It shook me violently to my core, forcing me to see the things I had not been willing to accept about myself and the world.

Honor Killings and Instructions for Living in Iraq

During my three months in Iraq in 2013, I worked at a private educational institution in Erbil in the northern Kurdish region, far from the more violent capital of Baghdad. With traces of civilization dating back to 5,000 B.C. in the citadel, it holds the record as the longest continually habited place on Earth.

As I rode from the airport into the city with the school director, I reminded her that this would be my first time in the middle east. It would be important for her to tell me ahead of time if there were any culturally sensitive behaviors I should avoid. Although Kurdish herself, she had lived many years in the UK, so she understood well how different the world of Iraq could be. She told me there was nothing major to worry about, and she would go over any little things like that in due time.

We pulled into a restaurant and an olive-toned young woman in a hijab took our order. As the director got up from our table, I asked our waiter about life in Erbil. When the director saw me engaged in conversation with this young woman, she grabbed my arm with mouth agape. In a hushed but firm tone, she warned me never to talk to young Iraqi girls in public.

It was at this point that she chose to disclose to me that if word were to get back to that girl’s home that she had been flirting with a white man, it was likely she would be beaten by her brothers and father. In the worst case, it could result in an honor killing, which is their culturally approved way of justifying the murder of family members for the sake of maintaining the family’s honor. It is estimated that at least 1,000 women per year are murdered in this fashion by their own families as a result of having sex outside of marriage, marrying outside their faith, or being the victim of a rape.

In July 2016, honor killings came under greater public scrutiny after model Qandeel Baloch, the “Kim Kardashian of Pakistan”, was strangled to death by her own brother. Her crime? Bringing shame on the family by posting social media photos that were too sexy. Honor killings remain legal or carry meaningless punishments in many Islamic parts of the world. And there I was, wondering why the school director had not bothered to mention that to me as a cultural nuance to be aware of beforehand. I learned to tread lightly in Iraqi society after that incident, though I never did find out if the girl from the restaurant suffered any consequences for my ignorance of their instructions for living.

While I generally faced no hostility as a young American in Iraq, there were countless oddities that betrayed that something was not quite right. The school I taught at was private and expensive to attend. It maintained strict academic standards so that the primary and secondary students would appear impressive enough on an international level after graduation. The student body was composed partially of local Kurdish children, refugees from Syria and other war-torn neighboring nations, and Europeans who had married locally. Police with fully automatic weapons were stationed on major roads leading up to the high walls of the school. Every morning, the school buses were checked underneath for explosives before entering the gates.

During my short time there, a local political election prompted activists to blow up an ambulance in protest. That is the invisible part of a culture that is so difficult to understand until you experience it yourself. It doesn’t show up in the clothes they wear, the design of their homes, or the things they eat. Iraqis inhabit a world where the destruction of public medical services is acceptable and even expected means to express frustration. Beating and murdering your own daughter is considered the responsible way to be a parent. It’s impossible to say what other everyday atrocities I missed in my little window into their world.

Only through the daily micro-interactions with the people there would you begin to see the unspoken limits to their cultural paradigm. You will begin to realize that the limits you inherited in whatever place you came from are just as arbitrary as theirs. You will need to see beyond them if you are going to truly empathize – or you if truly wish to grow. Never in the deepest recesses of my old Californian mind would I arrive at such conclusions, no matter what the situation. But somehow, living under the conditions they do, they develop a completely different schematic for operating in the world. In spite of the obvious unsustainability of these values, major groups continue to learn and act in such overwhelmingly anti-human ways.

Monaco and Judging from the Middle

Sandwiched along the Mediterranean coast between France and Italy sits a micro-nation less than one square mile in size. Contained within that tiny space are 36,000 residents. Roughly 30% are millionaires, the highest concentration in the world, with the highest per capita income globally. The entire country is practically a resort unto itself, with luxury hotels, casinos, restaurants, and high fashion outlets filling nearly every street. This is Monaco.

Extremes on either end, rich and poor, developed and undeveloped, pleasant and unpleasant, give context to the traveler’s experience of reality. In many parts of the world, you will find the common people sleeping in shacks on the side of a dirt road, if not directly in the dirt itself. These realizations can be challenging to the uninitiated, but the mind eventually adjusts to accept this standard of living as the baseline. Those who live this way have always had it as their conception of normal.

A fast transition from extreme squalor to a place like Monaco – where thousand-euro-a-night palace suites are the norm – is mentally jarring. The mind needs time to adjust its emotional responses to new conditions. Impoverished inhabitants of many African nations have learned to accept hunger and poor sanitation as part of their culture. So too have the millionaires who spend their days dressed to the nines, riding in yachts and helicopters instead of walking barefoot across the hot African asphalt learned to accept theirs.

It’s easy to cast judgment on either of these extremes from the middle, but your criticism is idle. It’s more important for the traveler to realize the full scope of what is possible. Knowing that both extremes exist simultaneously, sometimes even as neighbors sharing a border, promotes genuine empathy. You can remain distant when you are exposed to either side of the spectrum. Or, you can choose to consciously examine what has led to each side’s existence as it presently is.

If you really look at the way each group has been trained to think and the choices they must make to fulfill their needs, you will see that you might have made the same choices they have. In the context they were provided, those are the conclusions they have reached. Few members of any culture ever take the time to step outside of themselves to assess their own behavior. That is what the traveler earns through his or her years of personal expansion.

What matters is the willingness to question life’s arbitrary starting conditions. Whether you come from wealth or poverty, or whatever ways you learned to behave, it is possible to change operating instructions. Travel is just the most rapid way to satisfy that inquiry that some people will ever know. Travel will not only give you the opportunity to ask uncomfortable questions – it will force you to come up with meaningful answers. 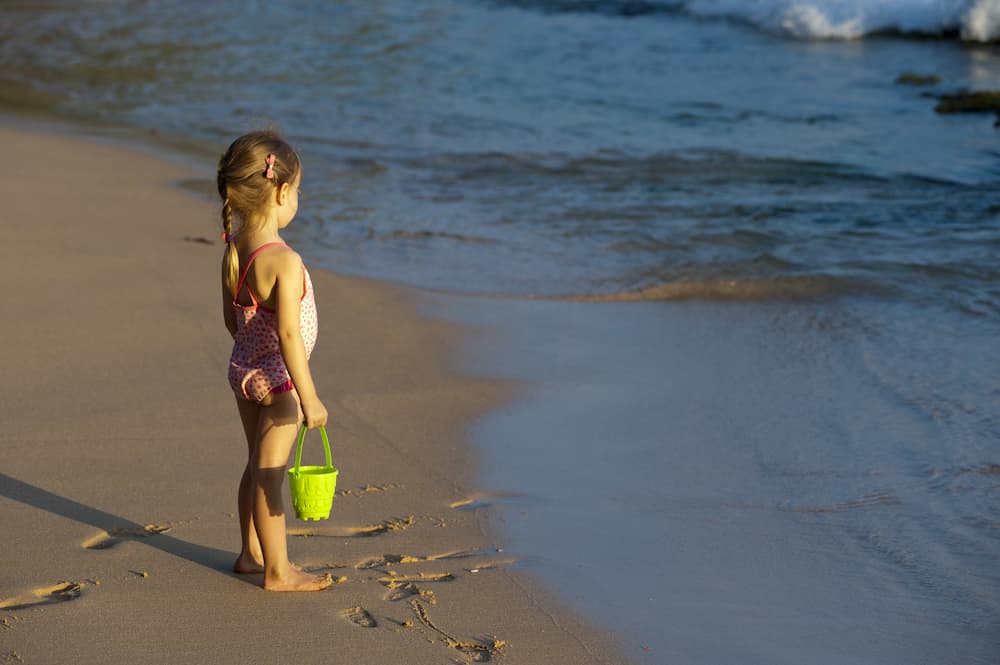 Ways To Make A Trip Abroad With Kids Less Stressful 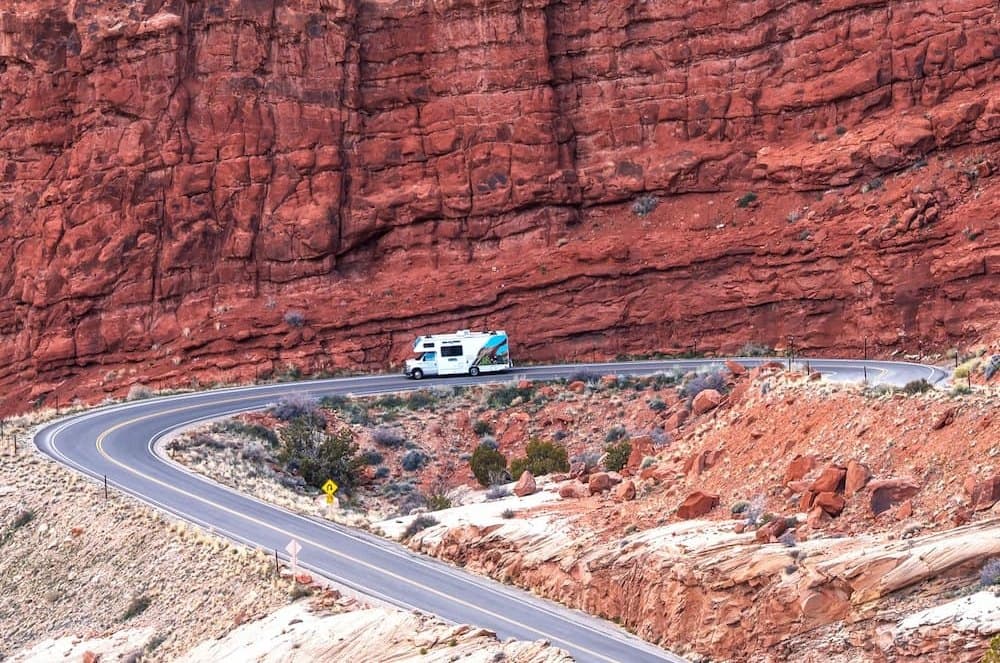 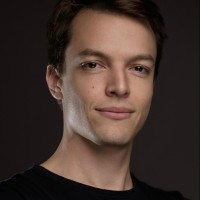 Gregory Diehl left California at 18 to explore our world and find himself. He has lived and worked in more than 50 countries, chronicling the enlightening lessons he learned in the Amazon bestseller: Travel As Transformation. Read his work and listen to his podcast, Uncomfortable Conversations With Gregory