A Life-changing Run-in With Rabies

I’ve always been someone who has gone after everything I’ve wanted. Nothing ever seemed hard or impossible; the more challenging a dream was, the more fun I had chasing it.

At 13, I asked my mum to move to a different country, at 14 I went on a student exchange to Australia that triggered my sense of wanderlust. After a social gap year in Costa Rica didn’t work out as I’d planned, I moved to Cape Town, living and working in a hostel.

When it was time to enroll in university I hesitated, but eventually, I got the major I had set my eyes on and into the only school that I applied for, receiving a spot in the exchange program and the scholarship to go with it.

It seems like the longer and faster you ride a bike the easier it gets to sustain the speed that you have gained over time. I have been riding that bike for a long time, and I might not have realized just how easy it had become. I was dancing, flying, spinning, all the while with my heart wide open. The thing is, sometimes there’s a bump in the road that you might not have expected; a bump that you haven’t seen coming.

I was about to take a bus back to Bangkok when my boyfriend called. “One of the puppies at the orphanage we had volunteered at in Cambodia got rabies,” he told me. “Are you sure?” I asked after a silence that lasted too long. “Yes,” he said. “It had every single sign.” Every single sign, it took a while for that to sink in. The foam in front of its tiny mouth was only starting to grow teeth. The aggression. The disorientation. The paralysis and the pain. The symptoms were obvious, there was no room for speculations. I was scared. Mostly for Zach and the 27 children he was still with. At the time I didn’t worry about myself.

The bus ride to Bangkok was hell. I got stomach cramps and diarrhea, the bus broke down and we got stuck at the border. When we arrived in Bangkok 28 hours later I was exhausted and weak. Later, I told myself, I would be laughing at this trip.

It wasn’t until I was on the plane the next day, somewhere between Asia and home, that I thought about the different symptoms again. I had been biting my lips until they were raw, my stomach hurt, my head ached and the lights seemed too bright. Zach had sent me a screenshot with symptoms of rabies. Somewhere on my phone was the screenshot. I had left the orphanage a week ago. How long had the dogs been sick already?

With shaking fingers I fiddled through my bag, grabbing the phone and dropping it again a few times before finally getting hold of it. I became desperate the longer my fingers swiped over the screen — back, back, back to when we had first talked about it. Then everything stopped. The plane might have stopped midair, for all I knew the world might have stopped spinning.

The worst part was that there was nothing I could do, no one I could talk to. We wouldn’t land for another five hours, I was literally stuck on the plane; thought I was going insane.

At London Heathrow, I found a bathroom. The girl who stared back at me from the full-length mirror looked tired, red-eyed, and scared. Skinnier than I remembered her. Frail. I couldn’t recognize myself.

My connecting flight to Hamburg wasn’t until the next morning. I found a computer and sat down, Googled and read until tears blurred my vision and I had to stop. People walked past me but I couldn’t see their faces. I would go to the hospital as soon as I got back, but should I really be — should I really have — there would be nothing anyone could do. I would die. The truth of this realization was so painful and real that minutes passed before I moved. I begged my mind to stop thinking but knew that it would never let me. How could I think of anything else? How could I not be scared? How could I not be angry? How could I have been so reckless? So stupid?

Lying across a row of chairs inside the airport, I fell asleep and woke again, terrified and dizzy. It was as if my thoughts themselves had turned into viruses that started to eat me up from within. One time I woke up because I was screaming. I was no longer at the airport. I was at a hospital. My back arched, hands gripping the cool bed frame, knuckles white and prominent, I was screaming for a doctor, screaming for him to take away the pain.

I went to the hospital the day that I got home. My mum was with me, sitting next to me in a waiting room full of people. I scanned the square room with its white walls and tried to picture the thoughts behind the faces I didn’t dare to look at, wondering why they had come here on this sunny and warm autumn day in Hamburg.

In the car, on the way home, I cried. The day after, I took my dog for a walk along the river near the house. Colorful leaves started to cover the ground but I still felt like I barely even saw them. On the way back, I stumbled over chestnuts. I picked them up and smiled while tears filled my eyes once more.

Twelve days have passed since the doctor has shaken my hand and told me that I was safe, that I was healthy, that I was okay. I haven’t been skipping since. I haven’t been running. I haven’t laughed that carefree laugh that you might have gotten so used to over the years that you have known me. I know that I was so lucky. But I was also so stupid. And I still get angry at myself for what happened.

I hope that I can be myself again soon. For now though, I am taking baby steps. I am far from dancing and spinning. I’m learning how to walk again. 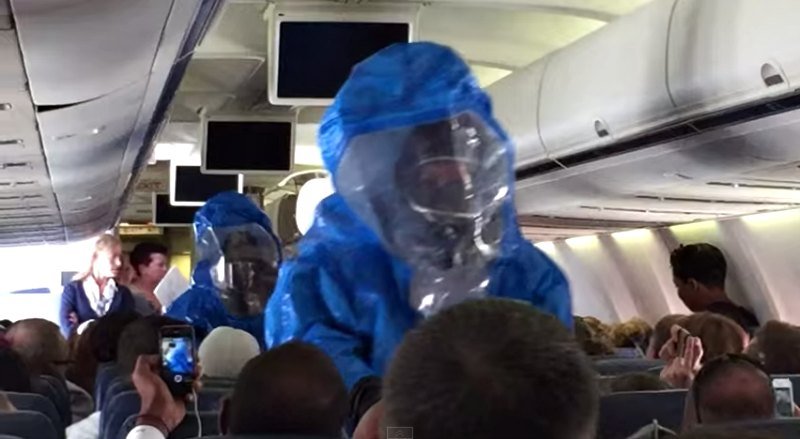 Should You Travel for Drug Rehab? 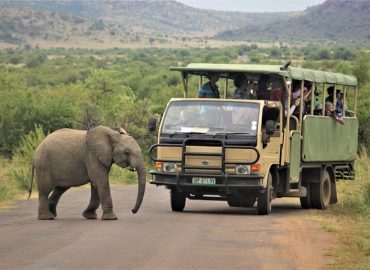 4 Tips For A Successful Safari Trip 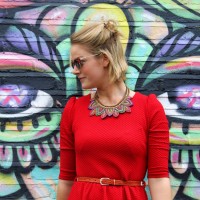