Around Tasmania in a Campervan - Part 3

After a great night's sleep on the side of the road, we woke up to the sound of a National Park Ranger’s car pulling up behind us. The two rangers got out of the car and walked to our side window to check if we were in the van. They asked for our park permit as we had apparently misread the signage and were camping inside the National Park. After a short conversation, they advised us that we had to go and pay for the permit at the Ranger Station and took our details.

We decided that we would go and grab some breakfast first at Coles Bay and after a short drive, we found a nice little cafe near the boat ramp. The lady owner was really nice and told us all about how the cafe nearly burnt down just recently and that her husband was still in the hospital from fighting the fire.

We then went and paid the fine and asked for some details about the best way to go and see Wineglass Bay. It was suggested that we go and check out the lighthouse first as there was hardly any wind in the morning so the best time to check it out. I was surprised to see that there was a disabled access sign as the walkways were very rocky and would be difficult to negotiate in a wheelchair.

The boardwalk wrapped around the coast and the lighthouse and gave some breathtaking views up and down the shore and out to a small island outcrop. We saw a number of different birds and a small lizard before making it back to the van.

Our main reason for wanting to come back to the east coast was to see Wineglass Bay (one of Australia’s best beaches). The walk to the lookout was a few kilometers but more importantly, the surface was rocky and the track was quite steep in parts. After days of freezing cold weather we had been greeted with gorgeous 20 degrees C and blue skies so the trek to the top actually worked up a bit of a sweat believe it or not.

Once at the top we were treated to the most amazing view of Wineglass Bay, the contrast of the white sand and the crystal water made for a great photo as you can see. I wanted to go one further and looked around for a better vantage point by climbing around the rocks and setting up the tripod. The photo wasn’t much better but I felt more adventurous by making the effort.

After we had taken our happy snaps we both decided that the walk up was enough and we decided to come back to the van rather than push on down the other side to the beach since we were both feeling pretty hungry by now.

Lisette had set her sights on sampling some of the famous seafood that Tasmania has to offer for lunch and we had seen a small cafe on our trip into Coles Bay the night before which seemed like a good option.

Driving along the main road out of Coles Bay we almost missed the turnoff to the cafe and had to circle back (not an easy task in such a long van). It was worth the effort though…. the most delicious scallops and oysters you could imagine and decent prices too. It was a very simple setup with a small caravan and an outdoor dining deck but that’s all we needed as the food spoke for itself.

It started to get a bit chilly as the wind was blowing onshore which forced us to move on rather than sit and enjoy the sunshine. When I drove in I had to negotiate a small sandy bump and now that we were leaving it seemed that our van was stuck fast in the sand and wouldn’t budge. I moved the van as far forward as possible for the best run-up and revved the life out of it….. Yay! We just made it over the bump and were on our way again off to Bicheno.

The drive north along the east coast was very picturesque and our next stop was the blowhole just north of Bicheno. Here the distinctive orange color on the rocks is from the algae growing in the area giving the rocks a rusty look. There was a small crowd of people watching as the ocean swell vibrated beneath us forcing water up into the air from the blowhole.

The drive continued up the coast towards the Bay of Fires which was our final stop for the day. On our way, we drove past an interesting rock by the side of the road that was painted to look like a trout.

Arriving at the Bay of Fires just before sunset we watched the orange glow encompass the horizon, a very romantic setting. The time was now approaching 6 pm and we needed to be in Launceston the next day to drop off the van and catch our flight home so I jumped back in the driver's seat and pushed on through the darkness…destination Launceston.

It was a pretty decent drive but a rewarding sight as we came down from the mountains to the city lights… a sight we hadn’t had for some days now. Parking the van we wandered the city streets looking for a bite to eat but hadn’t factored in the Easter holiday closures. The best we could find was a shopping center food court that was only open because of the cinema located next door.

That night we parked the van on the side of the road in a suburban street and set the alarms for the following day's trip home.

The day started at a service station by cleaning out our rubbish and filling the water and petrol tank before dropping the van back at the depot across the road from Launceston airport.

I nearly lost my iPhone by leaving it on the seat where I was checking my emails but luckily for me a young girl had noticed and ran after me to give me the phone before we checked in.

The trip was over and we declared it a great success, vowing to return to the north of Tasmania to check out the towns we missed on this trip. 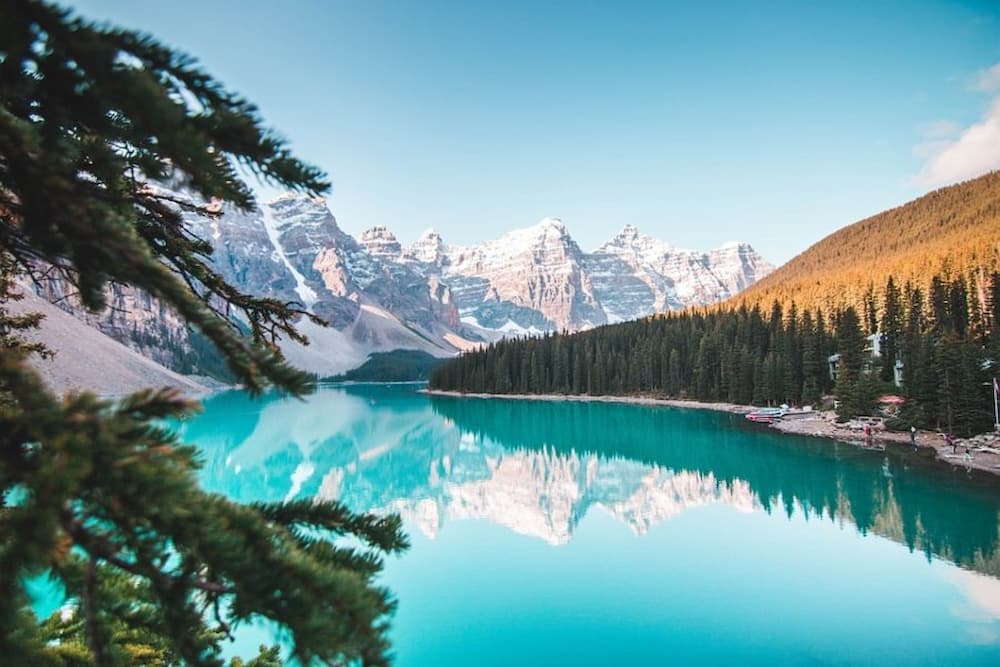 The World's Most Dangerous Road