Throughout history in cultures all around the world, all manner of natural ingredients has been used in cooking for their aphrodisiac properties. Today, we’ll go over some you’ll most likely know about, along with a few surprises just in time for Valentine’s Day!

The sexual temper of Italian men is well known all over the world. Italian food is rich in olive oil, garlic, roasted or steamed tomatoes, seafood, and various herbs, especially basil and celery. These foods stimulate and encourage passion and desire.

Nuts and seeds are also aphrodisiacs because they contain a high amount of vitamin E. In India, roasted sesame seeds are a traditional remedy for decreased potency when mixed with honey.

People in Russia and the Ukraine mix walnuts with honey and take one dessert spoon 30 minutes after a meal to prepare them for a romantic encounter.

Siberian pine seeds, usually called pine nuts or pignoli, are a particularly strong aphrodisiac. The kernels of these nuts contain up to 66% fat and 20% protein. In addition to vitamins and trace elements, pine nuts also contain oleic acid, providing enough energy for any sexual encounter. Even the ancient Romans, recognized experts in comfort and pleasure, placed a high value on these and other seeds and nuts, and used them to improve their sexual health.

In ancient Greece, artichokes were considered to be strong aphrodisiacs. People even credited them with being able to influence the gender of a baby. The Greeks believed it increased the chances of a woman giving birth to a boy.

French connoisseurs of artichokes believe that it causes a rush of blood to the genitals. Because of its ability to excite the genitals, French women were not allowed to consume artichokes. This ban did not extend to Maria de Medici, who claimed that the artichoke warmed the genitals.

Spinach originates from ancient Persia. The Arabs believed spinach was the king of vegetables. It was considered a delicacy and only available to noble families. Spinach was brought to Europe by the Crusaders during the Middle Ages. The first harvest of this vegetable was collected by Spanish monks who cultivated it in monastery gardens. Nowadays, doctors recommend including spinach in the diet of infertile women and impotent men.

The northern populations of the world, such as the Chukchi and the Eskimos, have been eating pink salmon for centuries. Their excellent health and extreme physical endurance are legendary. This is because the chemical composition of pink salmon contains almost the entire periodic table of elements within it. It has pyridoxine, which improves cellular metabolism, mood, and endurance.

Salmon contains arginine, an amino acid required for the production of nitric oxide. The more nitrogen in the body, the better quality erections for men and lubrication for women. Also, salmon contains substances that improve brain function. Evidence shows that due to its unique composition, salmon can help male infertility because it improves blood circulation to the genital organs, increases potency, and improves erection.

This luxuriously delicate fish has been enjoyed by gourmets all over the world since ancient times. King Edward II of England (1284-1327), was so fond of sturgeon that he awarded it royal status. A representative of the sturgeon family, known as a sterlet, is generally considered to be a classic dish of Russian cuisine. Sterlet cooked in champagne was served for Nicholas II’s coronation dinner. Prince Potemkin especially loved sterlet and always included it in his diet. It was not always easy to keep up with the demands of Catherine II, but the sterlet no doubt helped him manage to do so for many years!

Sturgeon has tender white meat with amber fatty layers and black caviar. Only sturgeon has this particular kind of caviar, which is known as “black gold”. Sturgeon contains a large amount of easily digestible proteins, vitamins A, B2, B3, C, D, E, and minerals such as sodium, phosphorus, chromium, nickel, and others.

In the Middle Ages, scallop shells were sold to pilgrims visiting the tomb of St. Jacob in the Spanish town of Santiago de Compostela. They were believed to attract good luck and bring good health. Vertically divided clamshells are also considered a symbol of femininity.

Scallops are a valuable source of natural minerals and trace elements iodine, iron, phosphorus, copper, zinc, manganese, cobalt, and calcium. Furthermore, scallops contain a whole multivitamin complex, as well as omega-3 and omega-6 polyunsaturated fatty acids. Scientists have proven that regular consumption of scallops by men helps to restore and maintain sexual function at a high level for a long time. In Asian countries, scallops are valued for their ability to increase male potency.

According to ancient Greek mythology, there was an ordinary girl who seduced the sun god Apollo by giving him a dish prepared from squid. When the golden-haired god tasted it, he became inflamed with passion for the girl. She had not realized the squid was a powerful aphrodisiac. Its meat is rich in phosphorus (250mg per 100g) which benefits the entire reproductive system.

Basil is particularly famous because the ancient Greeks fed their horses this spicy grass right before mating. Italians called it the herb of kisses. Certain varieties of basil with purple flowers are more potent than others.

Avocado, or the “alligator pear”, is a very strong aphrodisiac. In ancient times it was used to increase potency and fertility. For this reason, it was excluded from the diet of Spanish colonizers. The ancient Aztecs called the avocado tree “the testicle tree” because the fruit hangs in pairs from the branches like testicles. The main substances contained in avocados are phytosterols which awaken sexual desire in both men and women. Avocados also contain large amounts of carotenoids, lutein, beta-carotene, glutathione, and zeaxanthin.

Grapes contain a record amount of natural boron, which increases testosterone levels and improves endurance during sex. Pekmez is boiled grape juice, which is thickened like syrup but does not contain any added sugar. Pekmez contains a lot of chromium, which is involved in spermatogenesis. It improves sperm quality and increases their number. In Turkey, carob pekmez is made from grapes and black mulberries.

In Malaysia, there is a saying that when a durian falls from a tree sarongs fly up! It is claimed that its effects are felt within 1 or 2 hours. Durian is a fruit from Southeast Asia with a heavenly taste but an awful smell. Some gourmets have likened its fragrance to that of a spicy cheese. This exotic fruit is recognized as the most powerful aphrodisiac among all the fruits in the world, and it works on both men and women. Be warned though: don’t eat durian every day unless you want to find yourself in a constant state of sexual desire!

Lychee has a long-standing positive reputation in China. Lychees contain copper, potassium, phosphorus, iron, sulfur, iodine, fluorine, nicotinic acid, and vitamins C, B1, and B2. The rough peel is easily removed. Lychee are called the fruit of love in many Eastern countries.

According to Asian legend, the god Shiva cultivated the mango tree and gave it to his beloved. People in India and Pakistan believe Eve tempted Adam with a mango. For 4,000 years mangos were considered to be one of the most powerful aphrodisiacs. In modern India, it is recommended that men who have sexual problems consume this fruit often.

In the 7th century B.C. the ancient Mayans grew cacao beans and cooked them into a bitter drink called chocolatl. It gave them great physical strength and wisdom for life. Europeans didn’t learn about chocolate until the 1520’s when conquistador Hernan Cortes brought the drink home from his travels with the Aztecs. Chocolatl was prepared using cocoa liquor, honey, and vanilla.

Thanks to its magnesium content, chocolate improves mood and energizes the body. Chocolate contains antioxidants that help keep us feeling young and beautiful. Cocoa powder contains phenylethylamine, which stimulates the love center of the brain. It aids with the development of serotonin, the happiness hormone, and helps create positive feelings and a state of mild euphoria. This magical food also contains theobromine which gently stimulates the nervous and cardiovascular systems.

Although many of these foods are what we consider an ordinary part of our cuisine, they have taken on special connotations in different cultural contexts throughout history. Used in the right way, anyone can still enjoy the libido-enhancing effects they offer. Don’t be afraid to get a little inventive in your kitchen tonight as you spice up your love life with these cultural delights.

If you’re a lover and a lover of food you’ll want to pick up a copy of Olga’s new book:

Intimacy On The Plate: 200+ Aphrodisiac Recipes to Spice Up Your Love Life at Home Tonight 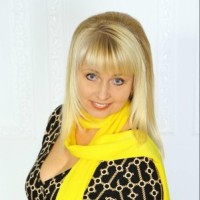 Olga Petrenko grew up in Ukraine, where she learned to appreciate traditional Eastern European hospitality and homemaking. As an adult, she studied the chemistry of foods, both local and foreign, for their unique effects on the human body and mind. Combining her food science studies with her love for helping others achieve greater intimacy, she poured the next 10 years of her life into creating the recipes contained in the aphrodisiac cookbook, Intimacy On The Plate: 200+ Aphrodisiac Recipes to Spice Up Your Love Life at Home Tonight.