Must-see Theaters & Operas Around the World

If you are looking to add a little culture to your trip we have just the fix. We have compiled a list of some of the most historic, ornate, and downright beautiful theaters and opera halls from around the world just for you. 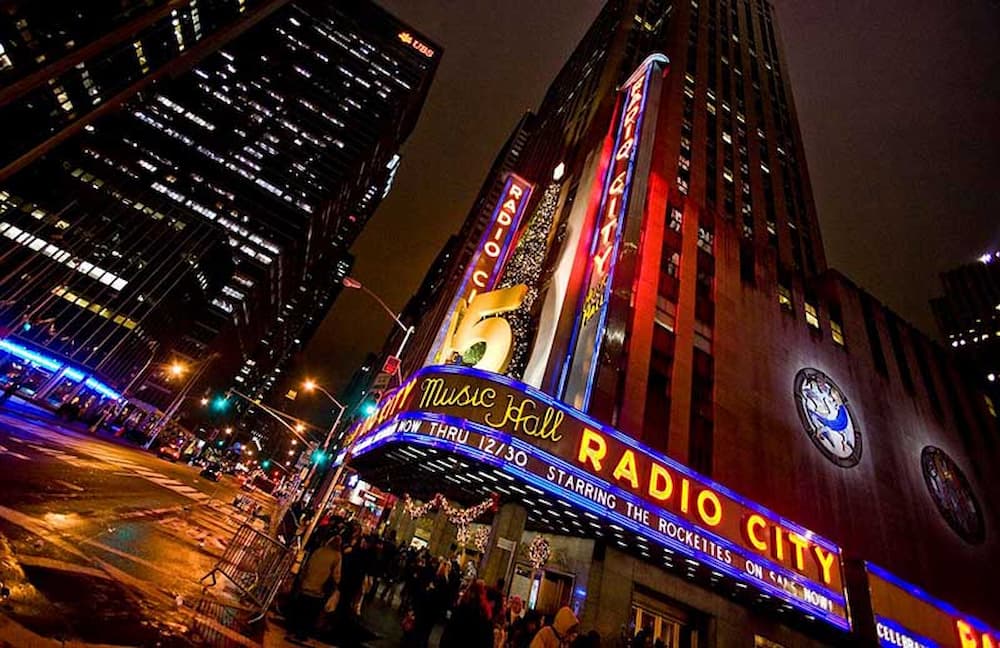 Admirably, the basis for building this colossal theater was to be an inspiration during the turmoil of the Great Depression. It was a palace for the people, a theater characterized by both grandeur and affordability for those seeking consolation from the hard times.

Today it is one of the most iconic symbols of New York, as well as a prime tourist spot, and is especially known for the Radio City Christmas Spectacular starring the Rockettes. 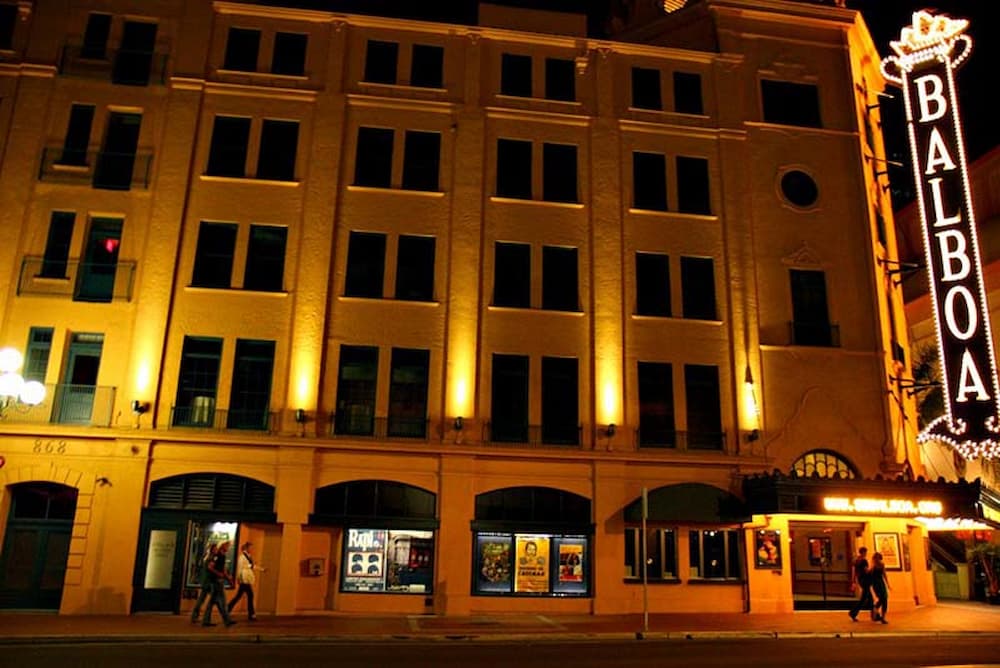 Located in the swanky Gaslamp District of downtown San Diego, this vaudeville theater elegantly stands as a historical figure. Originally built in 1924, it served as a state-of-the-art movie palace, a Latin cinema, and a US Navy office space. It eventually fell into disrepair and was almost demolished but it was saved and majorly restored in 2002. It now hosts performances 115 days a year and has received numerous special awards. 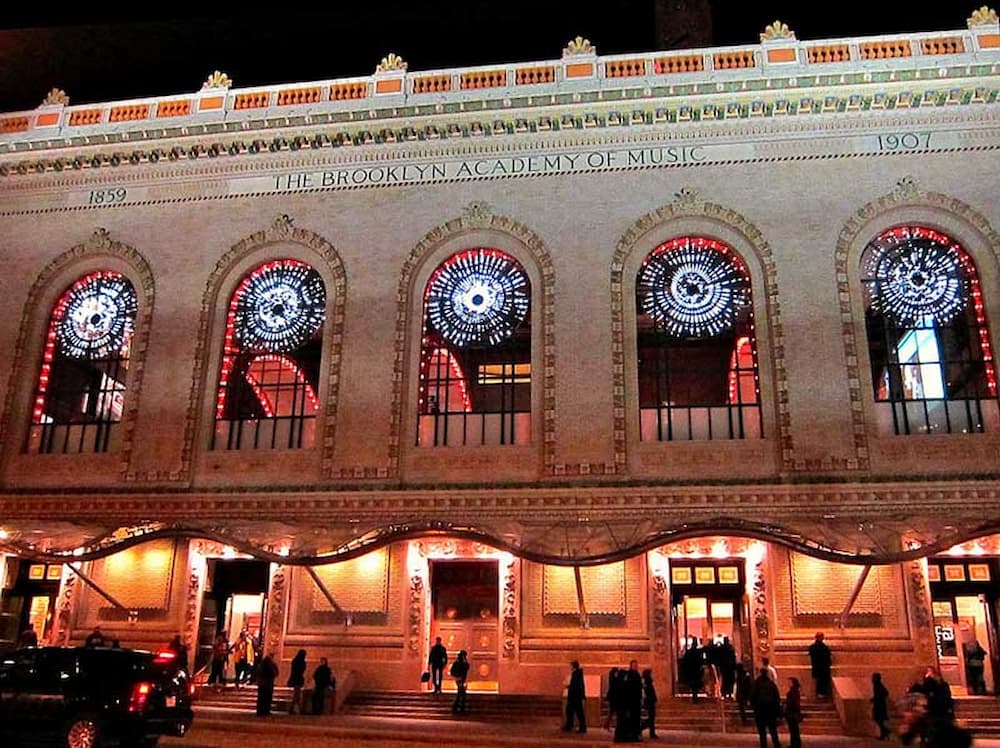 The Brooklyn Academy of Music has been home to an assortment of artistic outlets for over 150 years. Audiences can enjoy theater, dance, music, opera, film, and much more. The BAM Harvey Theater was commissioned by dancer Harvey Lichtenstein in 1942 to turn back into its original usage in 1904- a venue for Shakespeare plays. The theater was again restored in 1987, though it retained its Greco-Roman appearance. 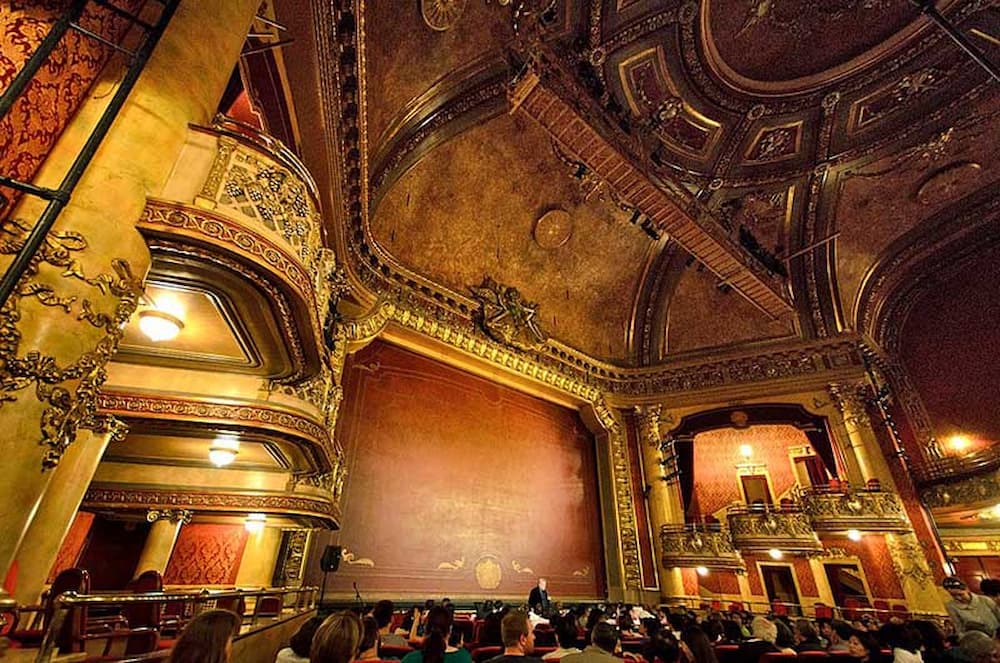 Even before the show starts, you’ll be blown away by the theater’s interior design – the Elgin sports dancing cherubs and an elaborate leafy ceiling design, while the Winter Garden, seven stories above, has hand-painted walls. Its history spans nearly 100 years, includes several makeovers, and it is now one of Canada’s finest theatrical stage complexes. 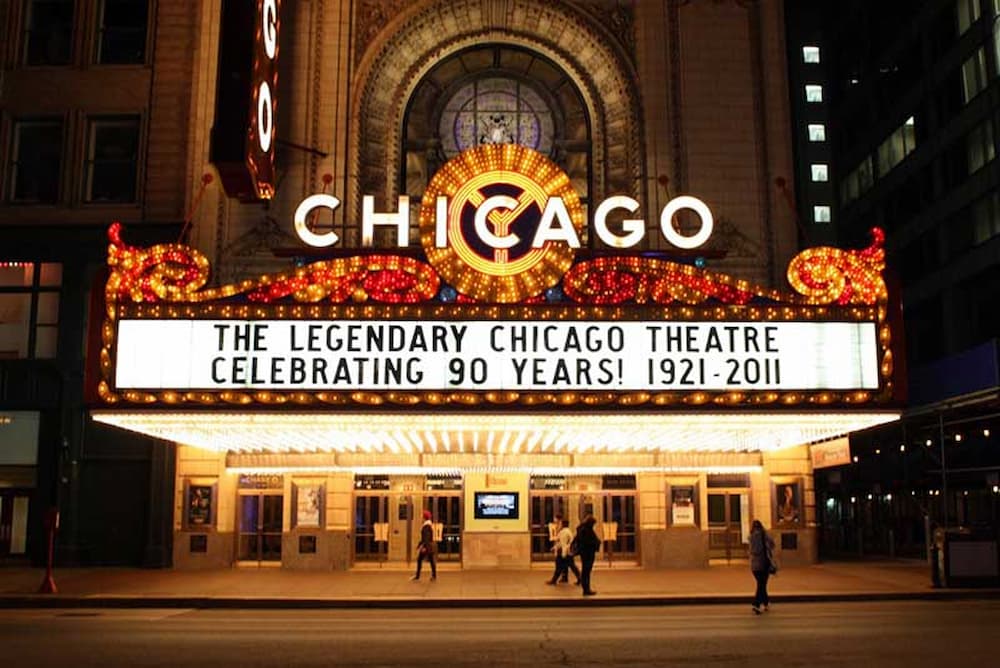 Called the “Wonder Theatre of the World” when it first opened in 1921, this venue is still grand enough to thoroughly impress visitors. The sign for the theater is one of the most iconic symbols of Chicago and has appeared on postcards, photographs, and works of art, helping it become a landmark for the city of Chicago. 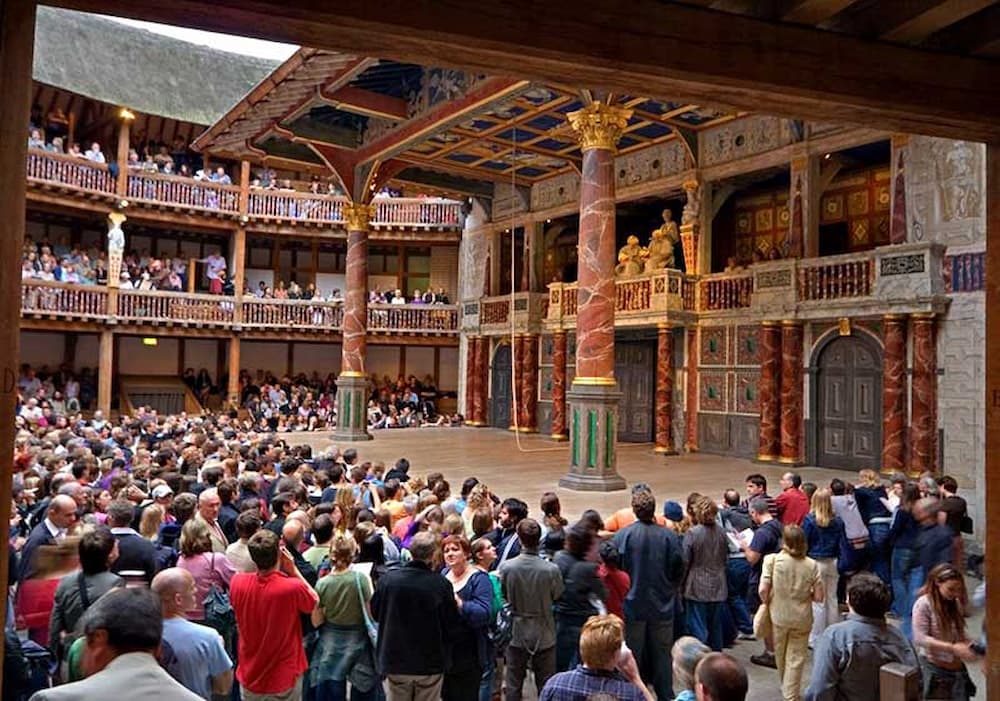 Originally built in 1599 on the seedy side of the Thames, this theatre has had quite a troublesome history. Constructed during the tail end of Queen Elizabeth I’s rule, it burned down in 1613, was rebuilt on the same sight in 1614, and then closed during the rule of Oliver Cromwell in 1642. The rounded theater was finally replicated in 1997 only 230 meters away from the original site, designed in almost exactly the same fashion, except for a few modern updates, including a fire-resistant thatch roof. Playgoers can still stand in front of the stage where the peasants stood, though they aren’t made to stand among straw-like in the past. The true thespian would never be able to miss attending a Shakespeare play as it was truly meant to be seen. 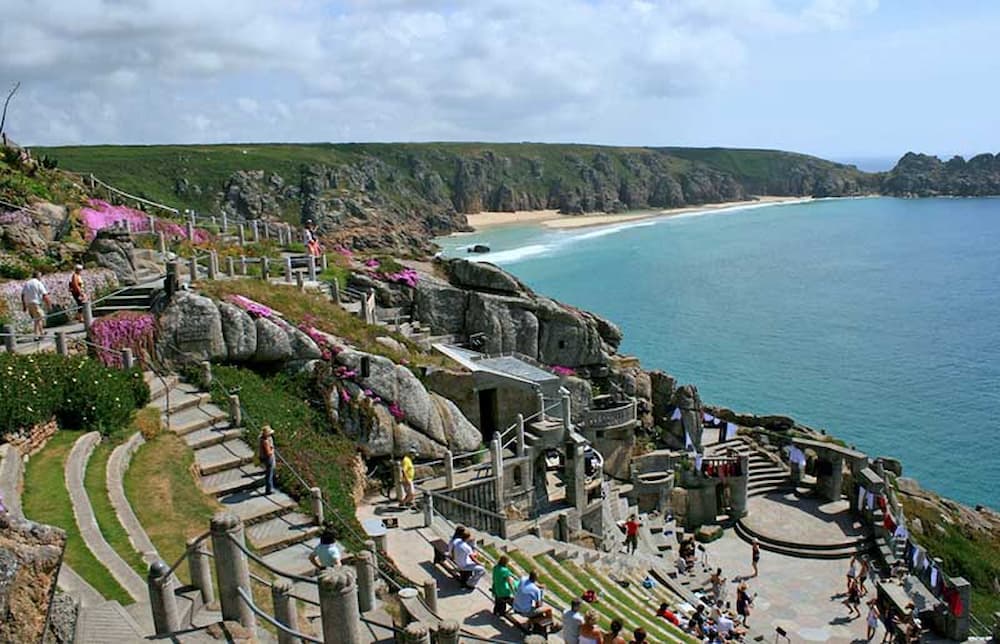 Rowena Cade is the determined woman responsible for this gorgeous outdoor theatre abutting the cliffs of Cornwall. What started out as performances in her garden in 1932 developed into a gorgeous Roman-looking amphitheater made of stone that Rowena herself hauled from the beach and carved. Today there are all types of performances between June and September, but most are Shakespearean. Only simple stage scenery is necessary because of the gorgeous view and sound of the crashing ocean. This is the place to go for a unique outdoor experience. 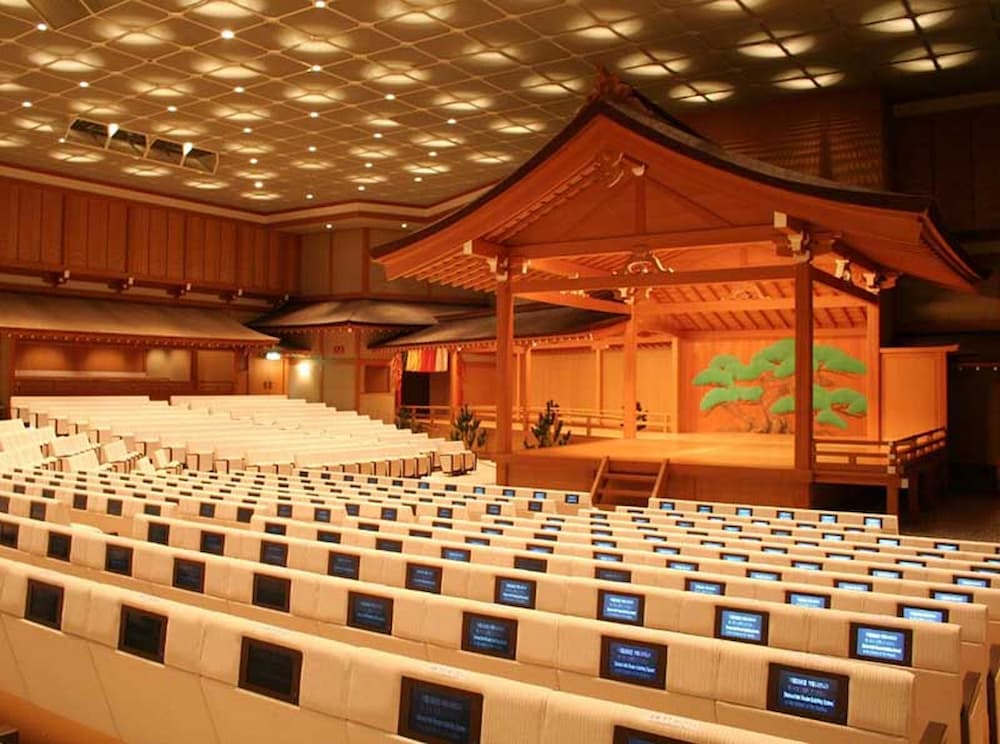 If you truly want a long-lasting theater experience, this is your place. Actors use two types of performance art called Noh (meaning ‘skill’ or ‘talent) and Kyogen, which UNESCO has deemed Intangible Cultural Property. It is a traditional Japanese musical drama that can potentially last all day long. Founded in 1966, it became the National Noh Theater in 1983. The stage is made of wood: 400-year-old bishu-hini cypress trees and a backdrop decorated with pine. Another cool feature is the personal subtitling system for each seat. 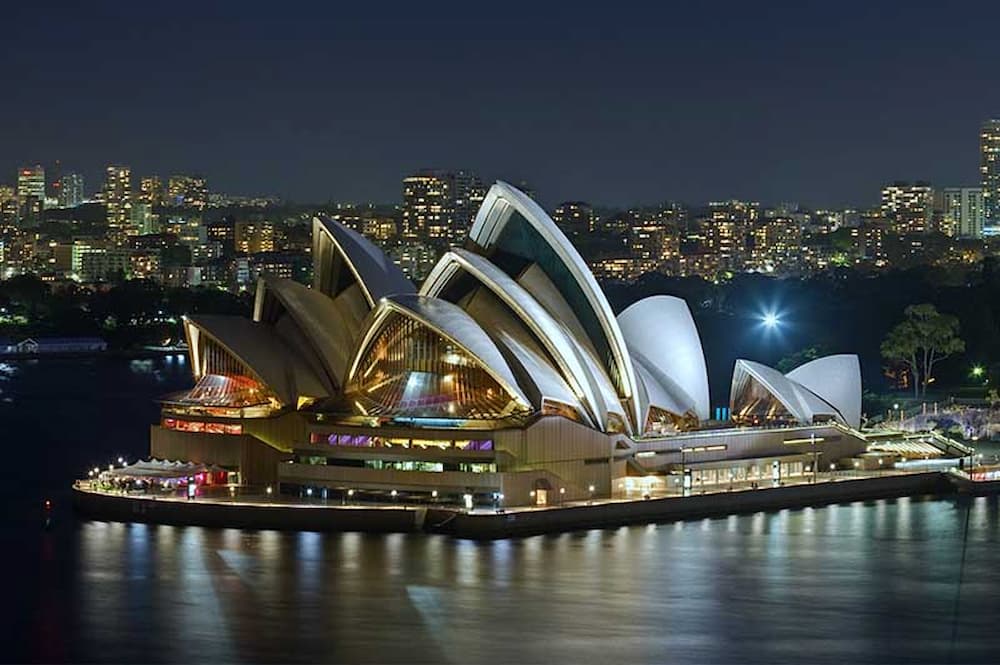 Juxtaposed against the breathtaking backdrop of the Sydney Harbor, the opera house is a marvel of modern architecture. The design, which was originally scrapped but miraculously rescued, signifies interlocking ‘shells’ and has become one of the most recognizable buildings in the world. There are two main performance venues, one for opera and one for symphony concerts, allowing you to have options on your choice of show. 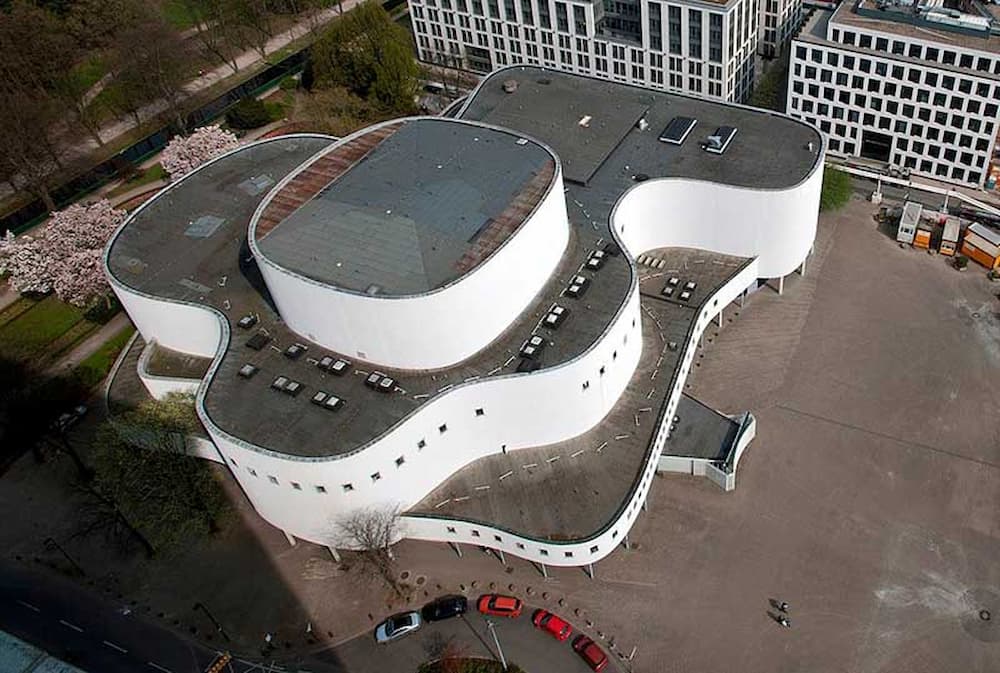 This historical theater first began its life back in 1747. Later, King Wilhelm II of Prussia gave the theater to the city as a gift in 1818 after the defeat of Napoleon. The bombings during World War II damaged it beyond repair, but it was rebuilt and redesigned by architect Bernhard Pfau who used undulating s to represent theater curtains. 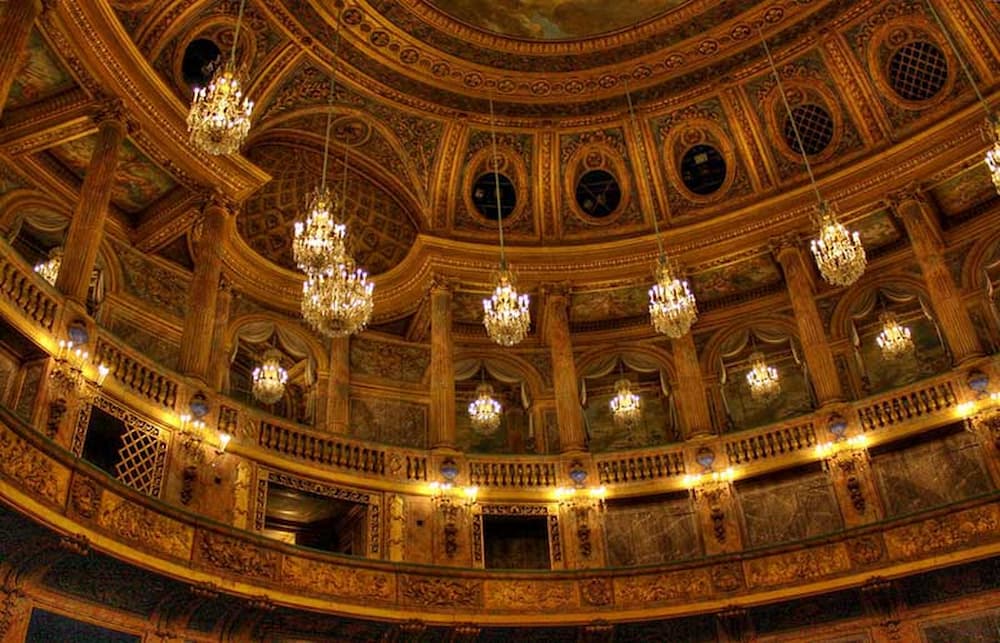 The inauguration of the opera house was in May 1770 in celebration of the marriage of Louis XVI to Marie Antoinette. At the time of construction, it was the largest theater in Europe and was an exemplification of the finest design, and burned 10,000 candles in a single setting. It is built entirely of wood but is painted in such a way to resemble marble, called faux marble. 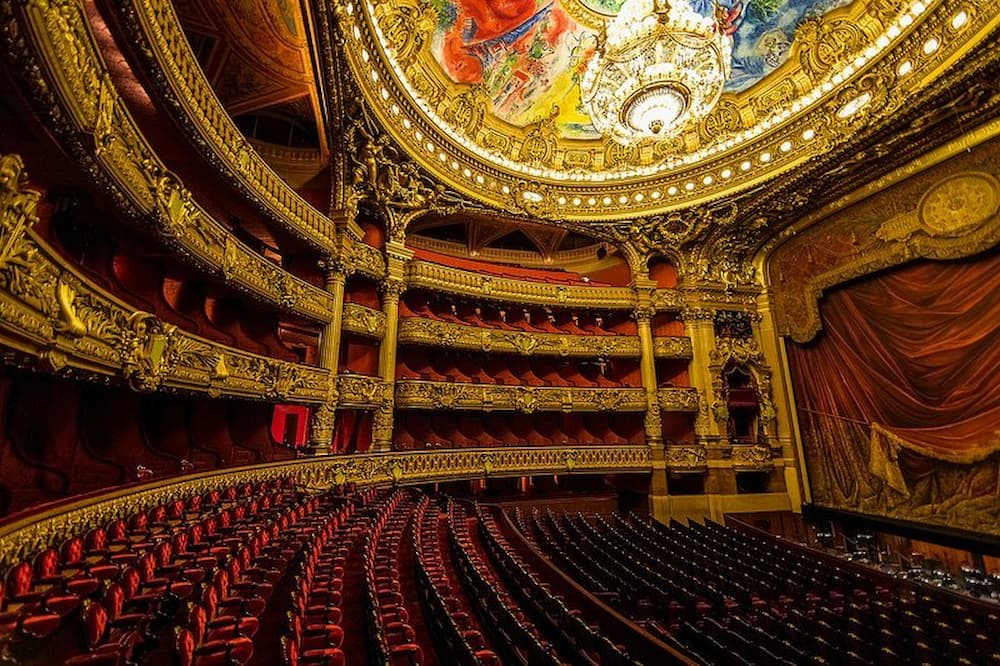 For classical theater rs, this should be an obvious bucket lister as Gaston Leroux’s novel “The Phantom of the Opera” was set here! The scene in which the chandelier crashes to the ground was even inspired by true events. It was originally built in 1875 as an opera house, but today viewing ballet is popular in this facility. The building also includes the Paris Opera Library and Museum. 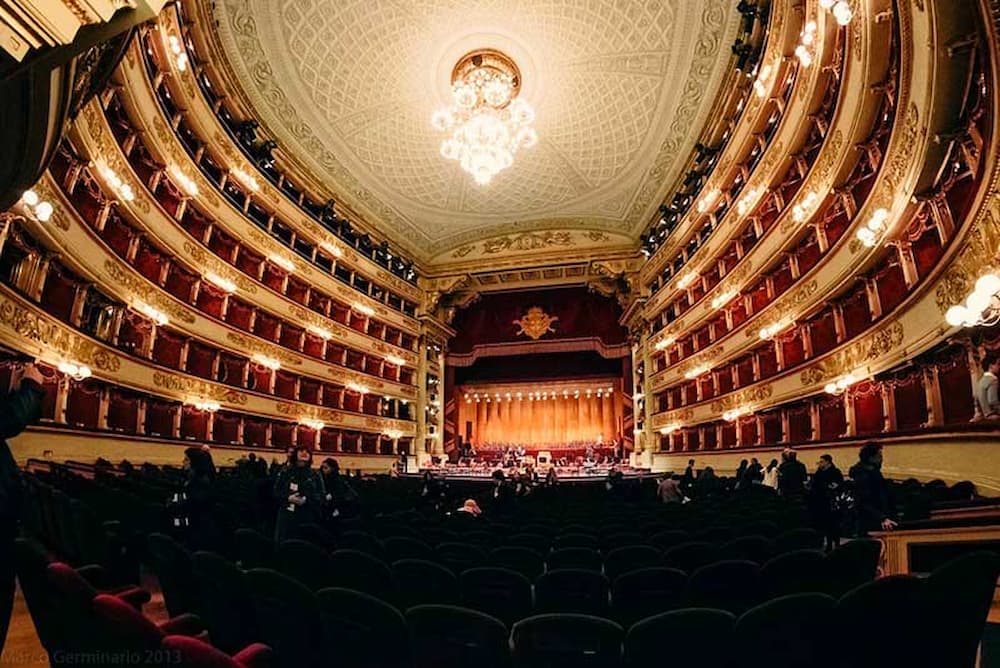 Based in the land that created opera, La Scala is a world-renowned opera and ballet theater inaugurated way back in 1778 before Italy was even Italy. It was constructed at the request of ninety wealthy Milan citizens when the city’s other theater burned down and therefore became the prime meeting place for nobility and other wealthy society members. Over the last 200 years, it has showcased some of the most talented singers from around the world. 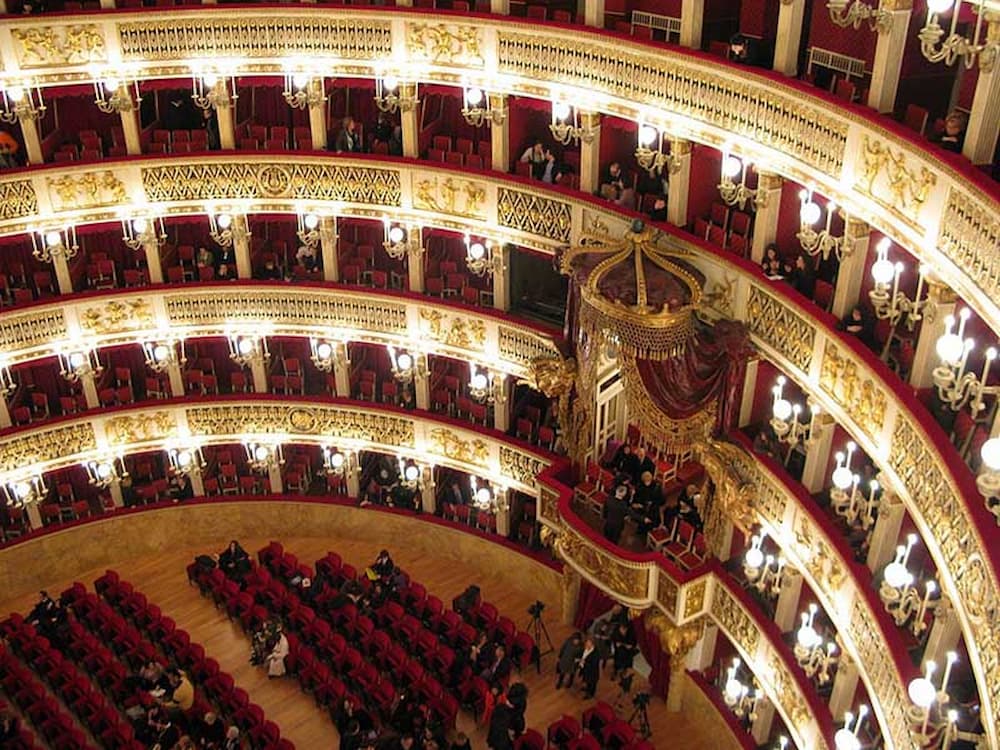 This opera and ballet theater was built in 1737 by order of King Charles VII of Bourbon who wanted to assert his royal power through the presence of a grand theater. Its red and gold decor is frilled with opulence and its stage has showcased some of the most talented artists in Italy and the world. 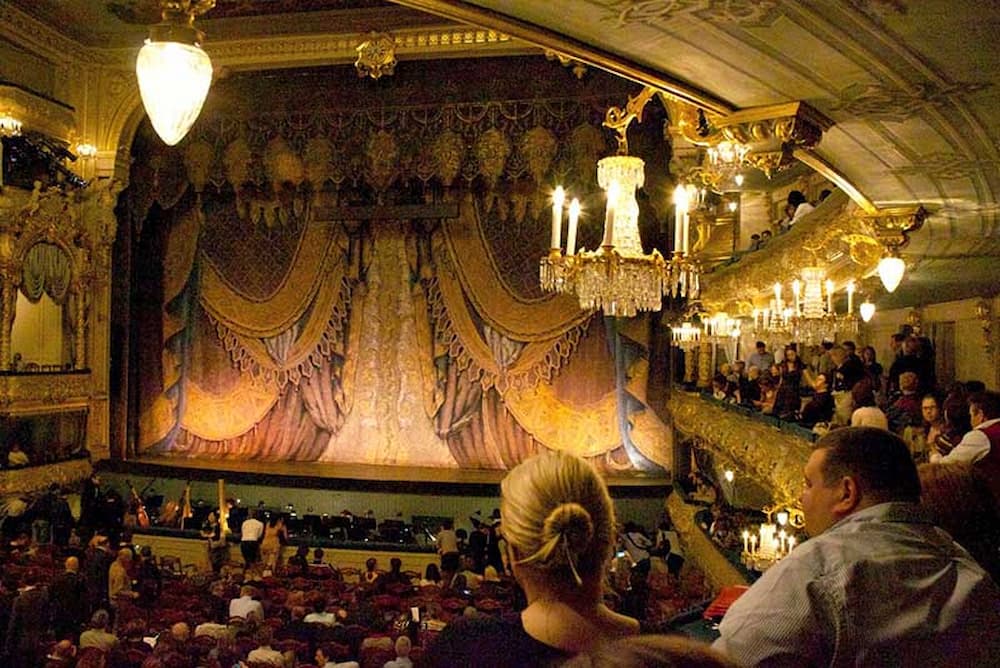 Jam-packed with a vibrant history and a huge assortment of incredible artists to grace the stage, the Mariinsky Theatre has been operating for over two centuries. It was created when the city published a Decree that required a committee “for performances and music” back in 1783. People were astounded by its immense scale and captivating architecture, and it has continued to be an impressive building through multiple expansions and renovations. 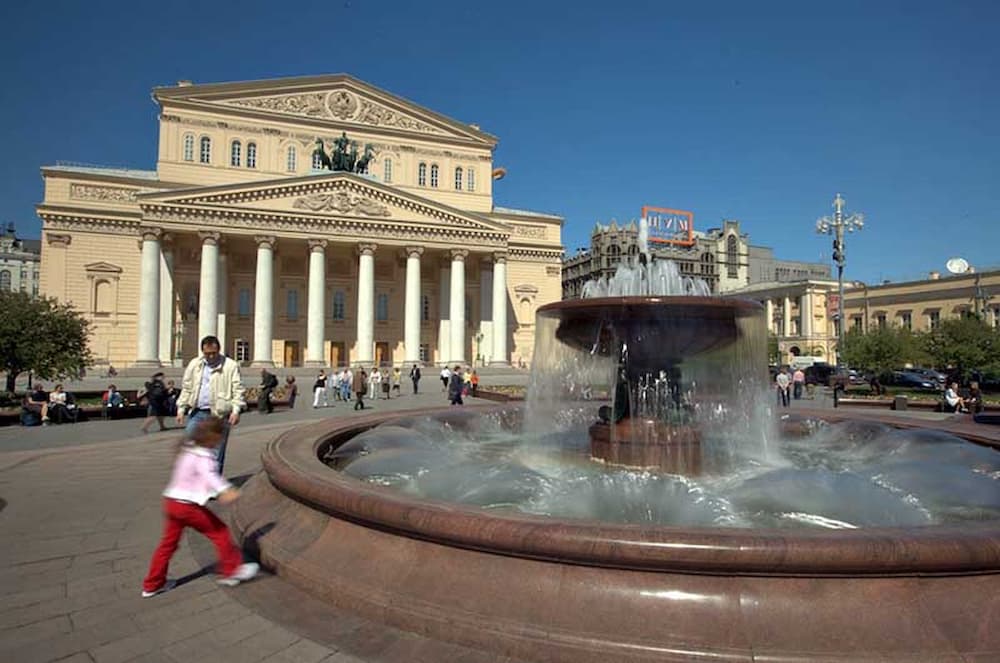 ‘Bolshoi’ is Russian for ‘grand’ or ‘large,’ indicating the significance it has had in Russian culture and the importance placed on ballet and opera as opposed to drama. The company was founded in 1776, and the present theater opened in 1825. It has hosted the performance of many famous shows, including the premiere of Tchaikovsky’s ballet Swan Lake. 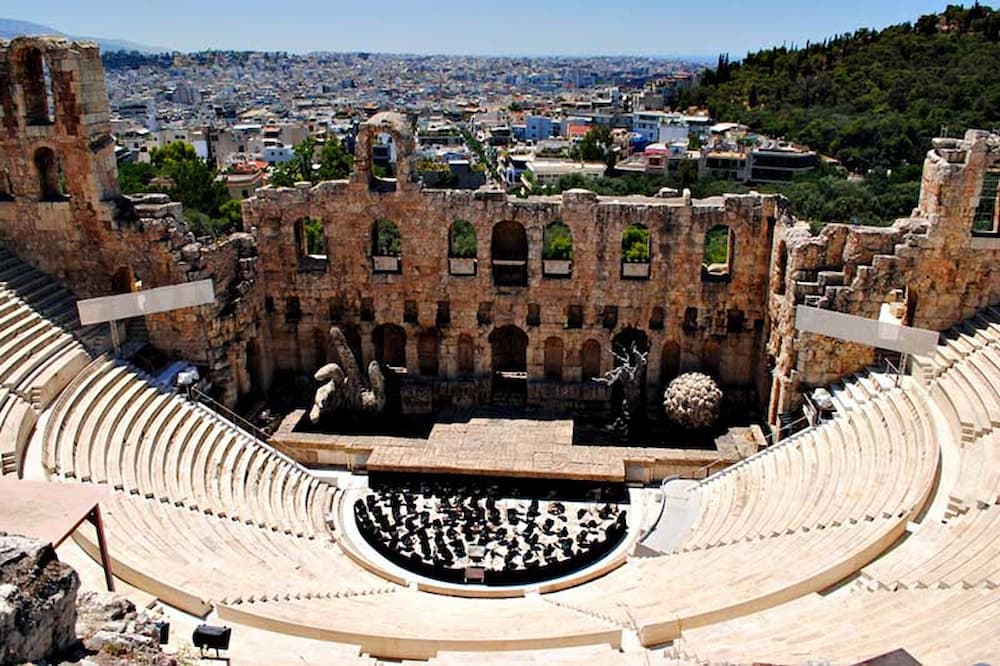 The list cannot be complete without including a theater from antiquity. Ancient Greeks incorporated many aspects of their lives into theater, making it a hugely significant art form. The Odeon still sits on the slope of the Acropolis of Athens as it has done since 161 AD. Herodes Atticus originally built the stone amphitheater as a memorium for the death of his young wife, but its wooden roof was destroyed in 267. It is now used for plays, musical events, and the Athens Festival. 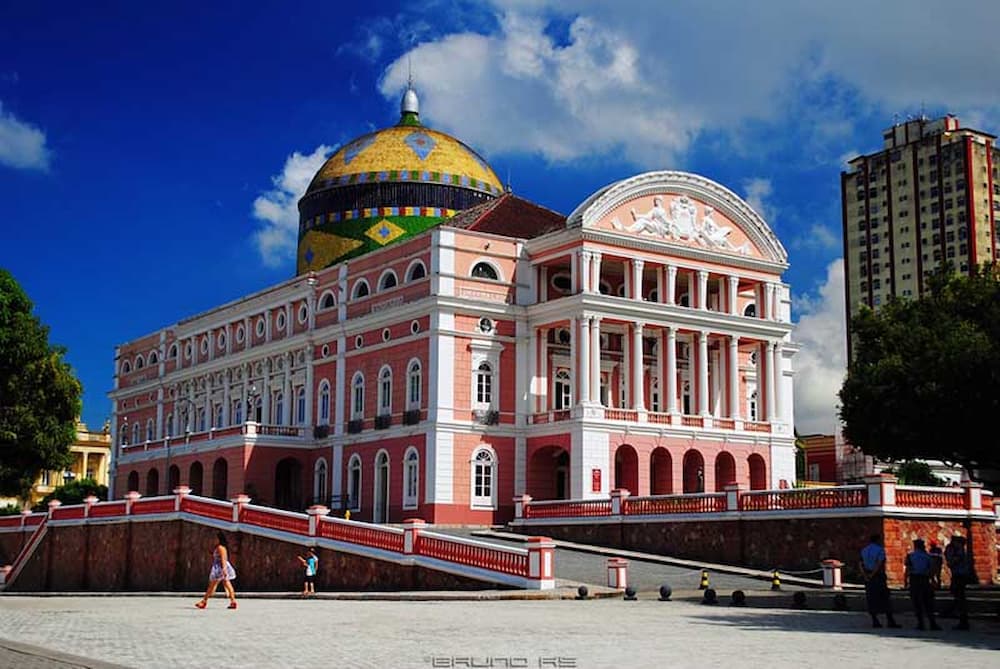 Um, a theater that exists in the midst of the Rainforest? Yes please! The three-story building is considered to be Renaissance architectural style and has several international features, including Italian Celestial Sacardim behind the design, steel walls from Glasgow, stairs, and columns formed from Italian marble, and roof tiles colors of the Brazilian national flag from France. It’s no wonder construction of the theater to 15 years, finally completed in 1896. 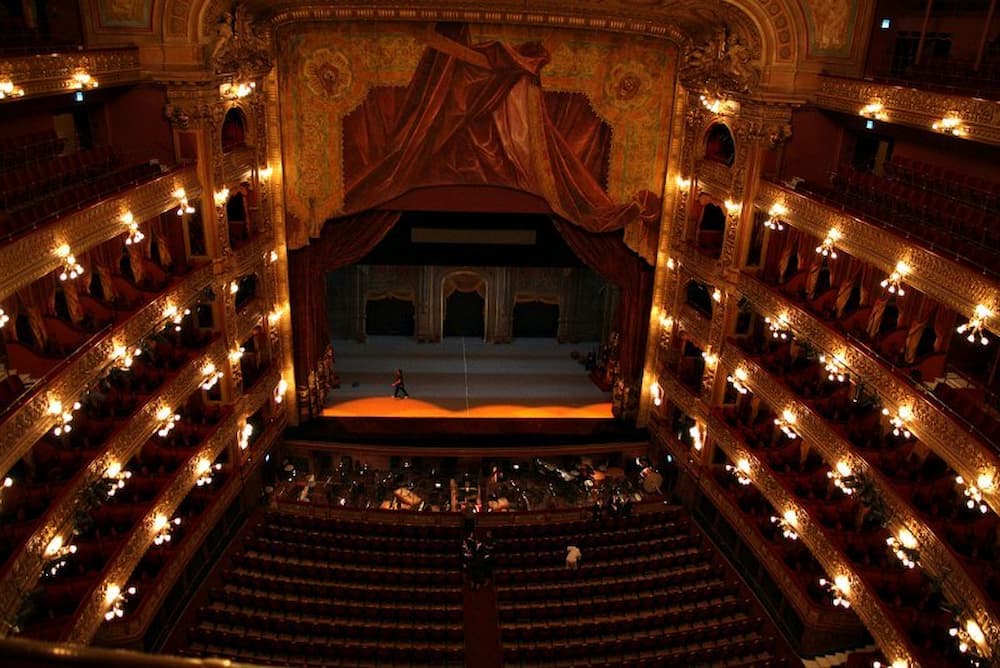 Finally completed in 1908, this building to close to 20 years to complete and passed through the hands of three different architects. The building thus has very different influences, resulting in a uniquely artistic project, all with the goal of not being outdone by US industrialists. Its excellent acoustic designs assisted in the theater’s outstanding record of performances as well as attracted some of the most talented performers in the world. 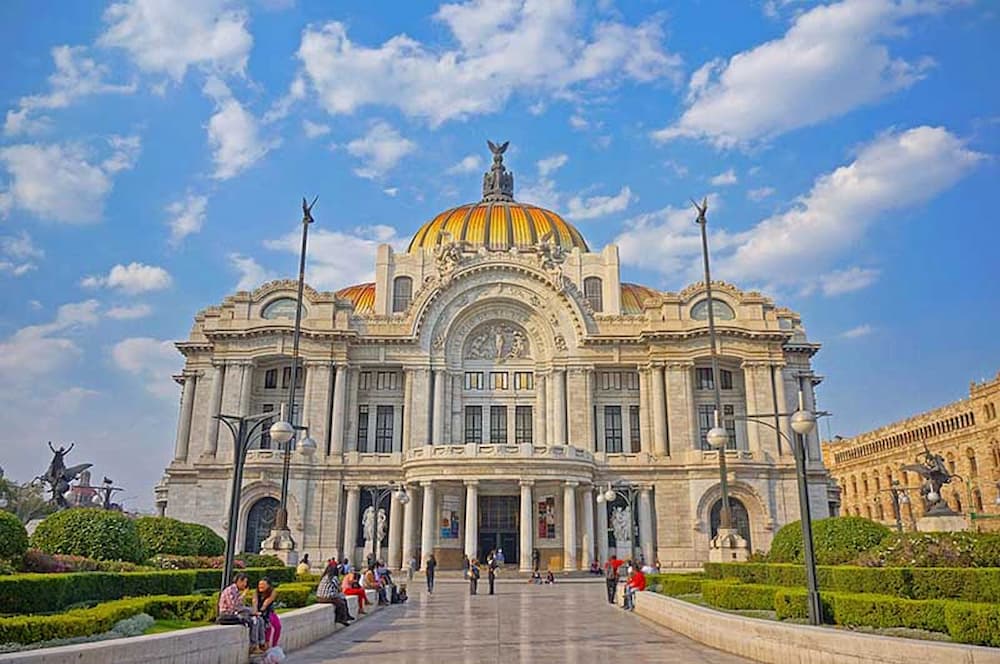 The construction of the Palace of Fine Arts was completed in 1934, with an architectural style of Neoclassical and Art Nouveau, but its history dates back to before the Mexican War of Independence in 1910. In addition to its gorgeous facade, it is most famous for the huge murals done by many artists, most notably Diego Rivera. Despite soft subsoil, a revolution, and a 20-year construction hiatus, the theater has prevailed. 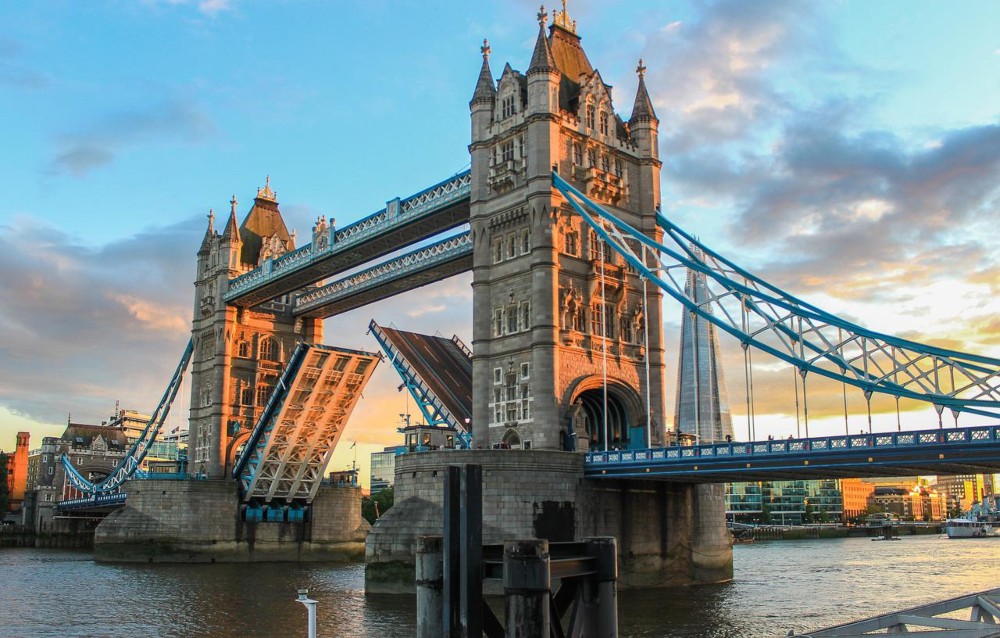 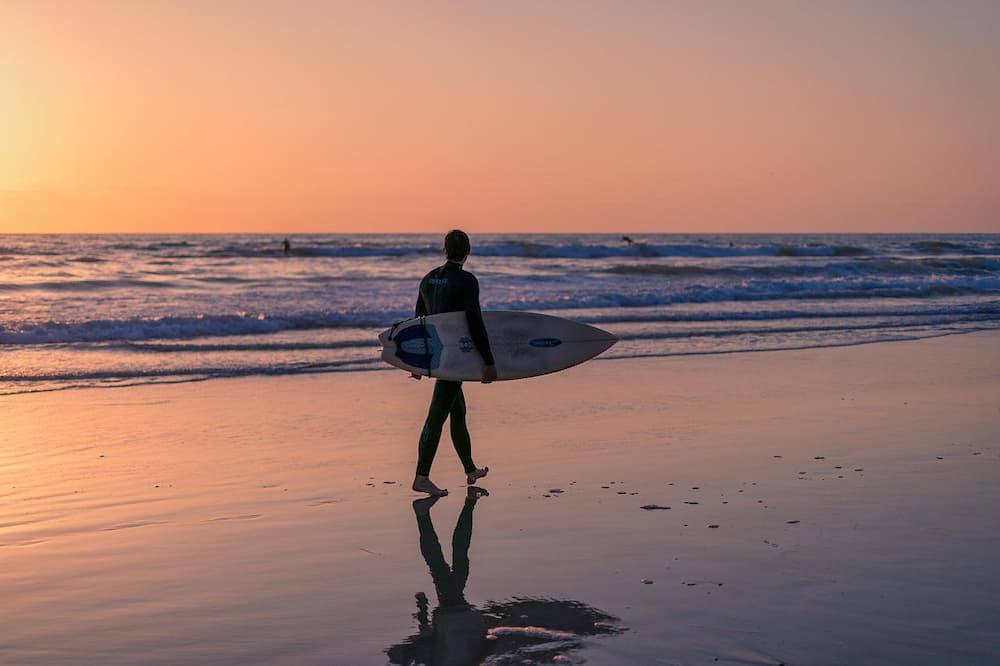 Best Learn to Surf Destinations Around the World 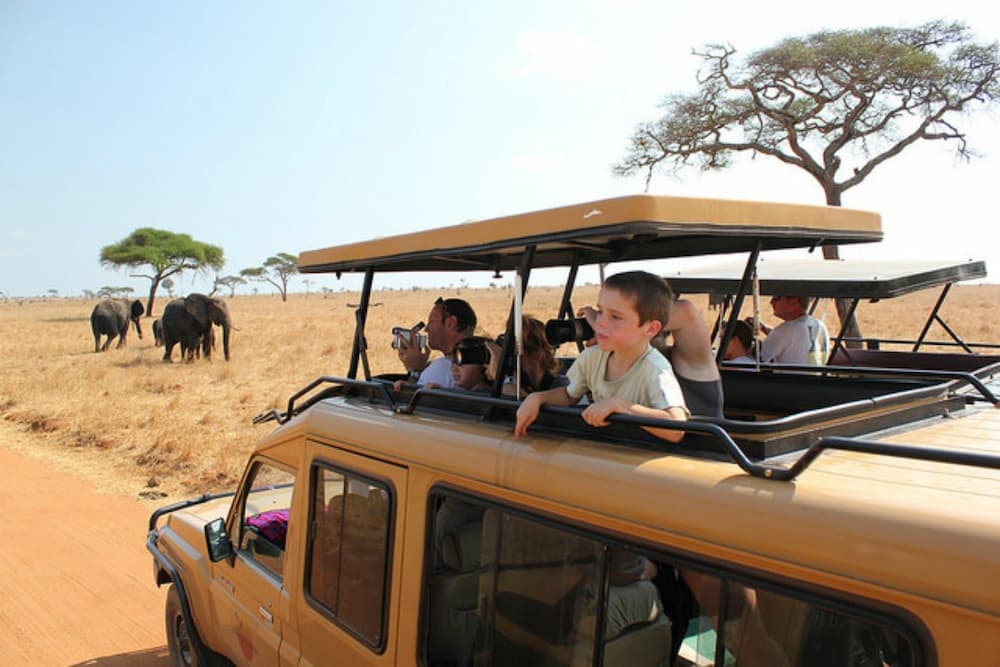